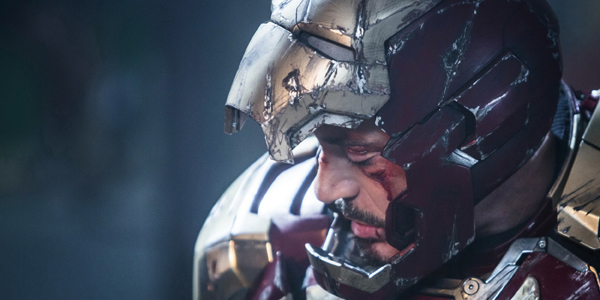 Why I Hate Everything started with a post about the first Iron Man film 5 years ago. That moment defined what I would focus on- breaking down the over-hyped. This isn’t simply bagging on horrible movies but rather placing a critical eye on those things at the top of pop culture respect. It’s not about beating a dead horse but about bringing down the mighty.

Iron Man 2 followed a couple years later and I, against current standards, said it was the better movie- flawed in the same ways as the first but more plausible overall. Both movies fall apart but this one waits until the end.

There have been some developments since. The Avengers surprised me for its superb execution, managing to deliver exactly what audiences wanted while remaining smart. It was filled with comedic moments without pandering. The Dark Knight Rises had a lot to live up to and fell disappointingly short although I wouldn’t go as far as to call it a bad film. And there have been a slew of other superhero introductions and remakes, most of them not even worth mentioning on this blog.

So why bring up all this history when being presented with Iron Man 3? Simply put, the new film has all the flaws of its prequels, fails at mimicking The Avengers, steals the worst parts from The Dark Knight Rises, and ends up being a messy bowl of gruel.

In a sentence, Iron Man 3 is a great example of an action movie being more flash than thought. To its detriment, the film follows the fast and loose writing style of its prequels, opting to not care for logic as long as it creates drama. Nearly every action scene has a deus ex machina that could have been introduced much earlier except it wouldn’t have led to the underdog motif that audiences love. It’s great to see that Tony Stark needs to rely on his genius brain when he’s not in his armor but would he really fight 2 super soldiers for so long before pulling out his secret hand laser? The action scenes in the film are riddled with examples of this.

The ending of Iron Man 3 deserves a special pit in hell, and these are classically the weakest points of these movies. The tension of the film after Stark’s house is destroyed relies on him having no more working robots and being a hot PTSD mess who doesn’t fully trust himself, and in fact Tony puts himself in harm’s way more than once because of this. Then when it comes time for the giant action showdown he decides to activate his 50+ strong Iron Man ‘House Party’ army? This convenient plot device doesn’t just stretch disbelief, it accuses me of being an idiot. 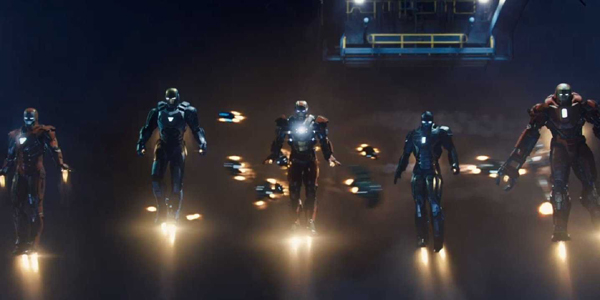 Yup, this looks like a film exploring the internal struggle of a man relying on cold machines vs. trusting his inherent humanity.

Likewise, ‘Clean Slate’, the predetermined routine to self-destruct all the surviving suits in the finale, has no purpose. I can’t tell you why but Iron Man 3 thought it would be dramatic if Tony decided to quit being Iron Man, and this is a ploy so obviously thrown in at the last second that it has zero bearing on the movie and shouldn’t have been included.

Another ending disgrace? The pillar that the entire trilogy was built on is that Tony Stark has to have this specially powered heart to keep from dying. This important drive of the previous two movies is talked away in the last seconds by simply stating ‘he fixed it.’ A brief montage that undoes previous canon is a clumsy conclusion to the trilogy.

And what about the motives of the villain? Another generic marginalized scientist who makes super soldiers, fine- but why do they all decide to become terrorists? These men and women all have free will, right? What made them evil that didn’t also change Pepper? Speaking of which, the villain’s plan for some reason is to a) put his victim in a *working* suit of powered armor and b) inject Pepper Potts with the super soldier serum. Aren’t these the opposite things that a villain would do to their enemies? I never read Sun Tzu but I would imagine the famous general would prefer to weaken his enemies rather than empower them.

Flash, flash, flash… just don’t think too much about what you’re watching.

It’s not all bad flash, admittedly. The humor in the movie is pretty good, an attempt to follow The Avenger’s wittiness. RDJ has excellent comedic timing and plays the arrogant role well. It’s especially funny to see this unorthodox interplay with a little boy mid-film. And in general, the overall experience of the movie is pleasant because the jokes are entertaining. Unfortunately, while The Avengers relied mostly on banter in a movie that was about the interaction of all the characters and the team, Iron Man 3 often resorts to physical comedy and ridiculous situations not dissimilar to the first Iron Man, and this tends to break the believability of the scenes. How many times is it funny when Tony’s high tech suits malfunction? 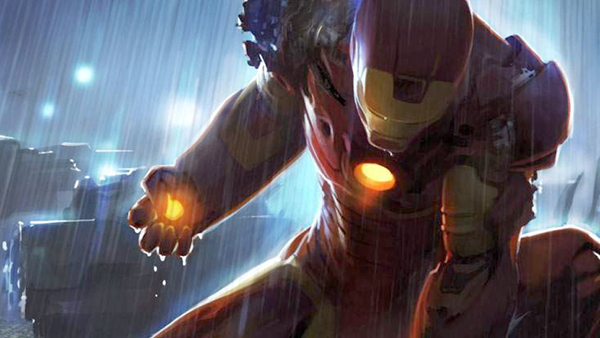 Possibly the biggest sin of Iron Man 3 is the same thing The Dark Knight Rises was guilty of- the movie relied so much on the feelings and legacy of the main character that we simply didn’t get to see him actually being a super-hero much at all. Tony Stark definitely has more bad-ass moments compared to Bruce Wayne but we still never get to see him in a fully functional Iron Man suit flying around, blasting things, and kicking ass. This is ok for a weekly television series where audiences have countless hours and hours to explore alternate facets of a story but we don’t get treated to big budget Iron Man all the time and when I pay my money for it I’d prefer to see him in top form.

The point of all of this is not to dwell on what a horrible movie Iron Man 3 is. In some respects it certainly deserves that criticism but I was entertained and got my money’s worth. It’s a fun movie, just not that well thought out or satisfying. And this is what gets me about comic book nerds who will say this movie is awesome. People like Movie Bob proclaimed how amazing the first two movies were and now are saying "Well, I was probably too kind" and are basically admitting those movies weren’t quite all they said they were. But, here’s the catch, THIS ONE IS! It’s just more hype as a response to the excitement of something new. But a balanced movie review it is not. 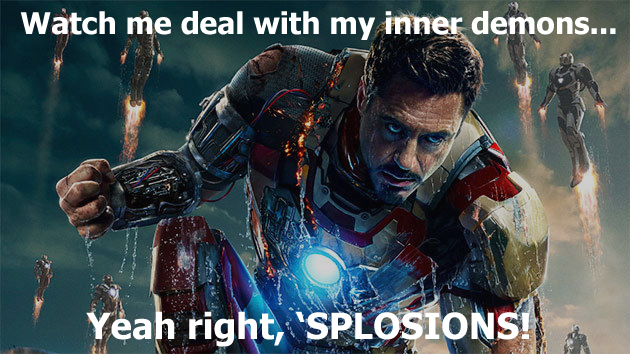 And that’s the scab I’m picking at here. Iron Man 3 will be hugely successful in the box office and you should probably even watch it if you think you will like it. But this is a film that will clearly not stand the test of time. Having a ‘good time’ watching it and it being ‘great’ are two very different beasts and it’s ok to push for the latter even when the masses are satisfied with the first part.