I’ve been a big advocate of the previous Batman films and although I never posted about them I’ve held all other superhero movies up to their high standard (and most have failed miserably). That’s why it’s with a heavy heart that I confess that The Dark Knight Rises is only ‘so so’, or perhaps ‘pretty decent’ when I’m feeling charitable. Maybe I expected too much from this movie but it is clearly the worst of the trilogy. It tries to be weighty and meaningful but lacks the focus to deliver any real message. The film is more of a platform for introducing new characters and referencing old ones and there isn’t a whole lot of time for the Dark Knight to do anything cool. Let me repeat that: Batman isn’t a badass in the entire movie.

Bane is an interesting villain. His voice borders on comical and cartoony but he is the center of most of the scenes he’s in and feels like a truly heinous fellow. The first fight where he beats Batman up is expected but the Dark Knight could’ve tried harder. I get that the point of the scene is that Bruce doesn’t really want to go on living, or at least he is apathetic to the idea, or- well, I guess I don’t really get it all that well. You see, the film directly states themes like this out loud but does a really bad job of making me believe them. Remember- Show, don’t Tell. 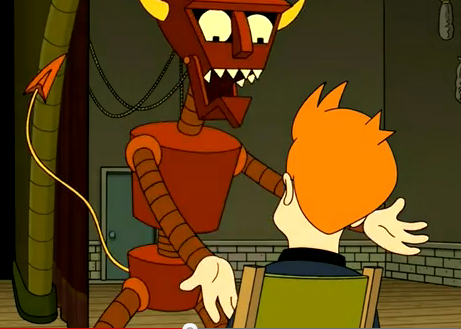 “You can’t just have your characters announce how they feel! That makes me feel angry!”

The same holds true for the second Bane fight. All of a sudden Batman has the goods and handily defeats this villain who was established to be expertly adept at hand to hand combat? With all the tools at Batman’s disposal he wins the fight with his fists because, what, he regained his confidence?

Batman is simply not Batman in this movie. He attacks Bane with smoke pellets! In the end it is Catwoman who has to kill him. She even does all the cool motorcycle combat to destroy the tanks while Bruce is busy dodging missiles. On that note, I have to say, I understand Batman isn’t supposed to kill people but the grittier and more realistic you make a movie like this, the more it starts to get ridiculous that the dude doesn’t fire a gun. He’s flying an attack aircraft and fighting against tanks to try to recover a nuclear device and he can’t blow shit up? He escorts a crowd of police to an army of well equipped street thugs and instead of dispersing them with superior firepower he allows countless officers to get slaughtered? Mixing in modern military tech doesn’t mix very well with a refusal to kill. Hunting down Bane to get into a fist fight with him stands in stark contrast to having him walking out defiantly against the Batwing that could’ve easily mowed him down.

Scenarios where the plot gives me pause are numerous. What is up with Bane not killing Batman but putting him in a prison under the watch of guys who help him recover? How does he sneak back into an island city that is walled off? And speaking of which, what are Batman’s priorities when he first returns? Because the ‘lighting up a building with the bat symbol’ thing is just exposition. No point of it at all, and what did he do? Spend a few hours setting up an elaborate symbol and lighting mechanism when a ticking nuclear bomb threatened Gotham? It is a bit ridiculous. 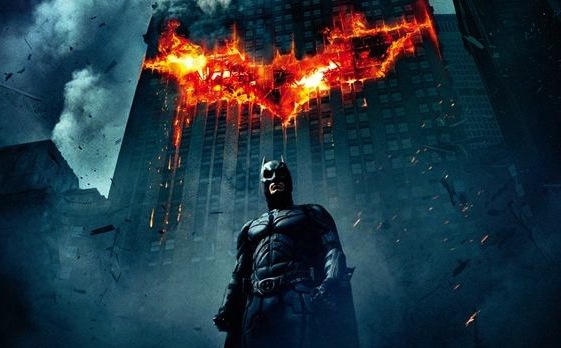 But totally worth it.

So Batman is bedridden, Catwoman actually does cooler stuff, and Robin has a great first half but then is relegated to chauffeuring a busload of kids by the end of the movie. Too many characters without clear roles makes them all a bit muddy. Even the title ‘Rises’ feels forced and characters use the word in ways that are unnatural just to give legitimacy to the movie title.

So I can nitpick plot points and complain about specific scenes or character motivations all day but the crux of my dissatisfaction comes down to the plot being all over the place. The movie doesn’t really have a good reason to be so long. The story lacks the typical Nolan elegance. I don’t want to come off like I hate the film because it really is ‘pretty decent’ but, for me, the end of this revered trilogy is really a case of missed opportunities.

Bane’s defeat and death is unsatisfying. Robin’s character arc of getting disenfranchised with the police force is squandered and unclear. The whole ‘Batman against the police’ is a sideshow that really should be a much larger focus of the movie. Without his disgrace playing prominently, his redemption is anticlimactic.

Imagine if Batman isn’t so stupid as to just walk up and fight Bane hand to hand. Imagine if he tries something, some trick, but still fails because Bane is a badass. Then imagine Batman making an awesome escape somehow and Bane not believing he got out of the trap but taking chase. Batman gets to the city and would get away except the police complicate matters and Batman finds himself running from them both, and because of that Bane catches him. Batman isn’t a total idiot, the villain is still formidable, the police are an actual problem, and *then* we can start to show Robin get disenfranchised with the police.

What’s so utterly disappointing is that The Dark Knight Rises falls into the same trap that helped doom the old Batman movies. It gives us Catwoman, Robin, the Batwing, and really all we needed was the Dark Knight himself.