This movie is a remake of the 1941 classic by Universal Pictures. The Talbots, Lawrence and his father John, the gypsy involvement on the edge of town, and the ultimate ending are all taken from the original. There are some familiar crutches like the opening poem and the walking stick although these are given less significance in the sequel. The creators decided to shake things up by switching who the bad guy is, possibly in an attempt to surprise viewers familiar with the 1941 version. Unfortunately the result is an obvious plot twist and ends up much worse than no twist at all. Ironically, the movie is more predictable this way. 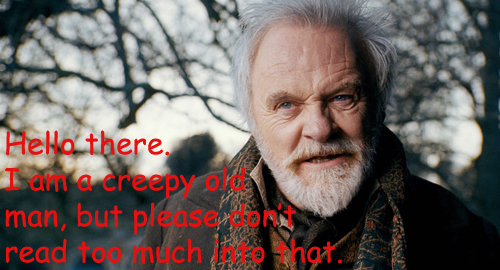 For a movie like The Wolfman to be successful it is important that the right atmosphere is created. It is vital that the setting and curse play into our romantic horror tendencies and remains a constant. Instead we are treated to an inconsistent mismash of genre archetypes that ends up feeling like an 80s movie. The gore in the movie is quick and thoughtless and deemed more important than any subtext of fear that having a beast closeby would arouse. There are too many cheap scare tactics, or what I like to call, “Oh, it’s just the cat!” Making the audience jump as a werewolf unexpectedly leaps on screen, then the realization that it was an imagination, then immediately after a werewolf leaps on screen AGAIN, then the realization that THAT was just an imagination – does not good cinema make. With a Victorian setting, mention of Jack the Ripper, and asylum subplots, much more could have been done to make this a truly horrifying experience.

Front and foremost among the reasons this is a bad movie is a wellworn rule:

Werewolves can be cool. Lycanthropy is fascinating. The key word here is ‘man’. I have yet to see a rendition of a man with a human face but slight wolf features not look campy. And that’s because Wolfman can never be cool. In fact, if I may, I would like to take the liberty to modernize the wording of the rule. 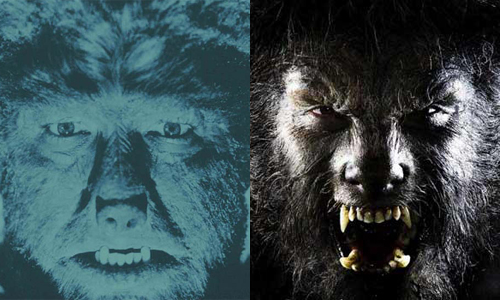 Look at the 1941 wolfman next to the 2010 version. If you can tell me with a serious face that the 2nd looks 70 years cooler then you are a good liar. 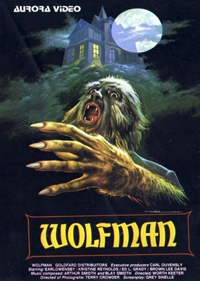 If The Wolfman was meant to be an old timey remake with a bit of the old Hollywood flair snuck into the horror performances then that would be commendable. While there were times that the wolfman reminded me of his cheesy predecessor, the creators never really went all out with the old fashioned campiness. The entire mess just didn’t fit together.

It seems like the movie production went through its fair share of drama. The release date was delayed a couple of times. The original director quit over creative differences (ie. he realized the movie sucked). A small turn of good fortune occurred when Danny Elfman left the movie since his music is so formulaic these days, but then the other musician leaves and Danny Elfman comes back. Sounds like the production couldn’t catch a break. Still, all these obstacles may be a reason for the bad end result but not an excuse.

Many creative differences were over the look of the wolfman. The decision to not use very much CGI was an interesting one. It’s hard to knock the idea (and ideal) on face value. On one hand I enjoy the opportunity of having something with a real physical presence and a good actor underneath but often the result is just a guy in a halloween mask turning to the camera and growling. It feels too cheesy. The obvious solution is to lean more wolflike. Take a look at this early marketing image of the wolfman in one of his other incarnations. That guy looks badass. Unfortuntely, this is NOT in the movie. 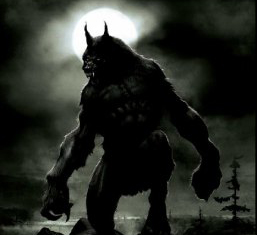 The transformation is exactly what we’ve seen in older movies. There is nothing interesting about close up quick shots of hands and feet changing into a wolf these days. Camera cuts were methods used to get around the limited technology of yesteryear but there’s no reason for that trickery today. We deserve to see a man change to wolf in fullscreen. If you’ve seen An American Werewolf in London then nothing about this transformation scene will be fresh. 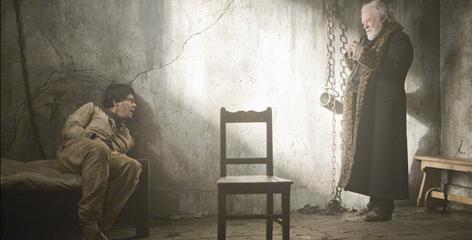 The one interesting addition to The Wolfman is the idea that Lawrence Talbot might be insane. Is he a lunatic who murders indiscriminately because he thinks he is a wolf? Is lycanthropy a mental illness that can be treated in an asylum? Does the death of his mother torture him enough that he breaks away from his humanity? All of these are great questions that the movie doesn’t delve into deep enough. Instead of focusing parts of the story on these elements we are treated to a couple stock memory flashbacks and an asylum montage. I feel this, above all, is the film’s most egregious wasted potential.

Instead, the biggest question we are left with is why? Why do none of the characters do anything in between full moons? Why does Lawrence Talbot get blamed for the murders when they started before he was in town and in fact he gets attacked along with others at one point? Why make this movie? Its style feels dated and borrows from many sources, the visual effects are subpar, and the scares are no more sophisticated than what you get in your average haunted house. As a remake it offers nothing new, and then there’s just no point anymore.

The Werewolf – 1913 silent short, the first ever film about a werewolf, albeit untraditional. The daughter of a Navajo witch transforms to a wolf to attack invading white settlers. It is interesting to note that the modern Twilight werewolves are Native Americans.

The Wolf Man – 1924 silent film, about a man who would drink too much alcohol and go into a blind rage for the night. No surprise this was during the beginning of Prohibition. He thought he was responsible for gruesome murders but it turns out he wasn’t. Not an animal in any literal means. 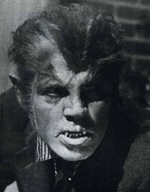 Werewolf in London – 1935 film, first classic werewolf movie, where a man is bitten by a werewolf and tries to cure his lycanthropy whilst being a danger to those he loves. The makeup is very toned down and the more humanlike appearance was the first concept of a wolf man. It works better in this film because the afflicted could almost still pass for human. 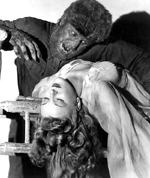 The Wolf Man – 1941, the popularized wolfman movie introducing silver bullets as a vulnerability. A sequel soon after created the explicit notion of the full moon being the trigger. Full blown cheese. 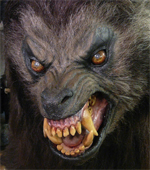 An American Werewolf in London – 1981 horror/ comedy inspired by the original. Unlike its predecessors, went with a more traditional lycanthropy form and turned the afflicted into mostly a wolf. The transformation and makeup was so good at the time that the Oscars added an Outstanding Achievement in Makeup category for this movie.