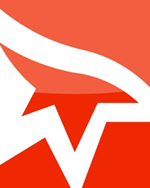 Anybody remember this captivating game trailer from a while back? A modern city populated with tall white and glass skyscrapers. A first person view of someone running, jumping over fences, sliding under obstacles, even disarming a big brother-esque police force. The parkour action was accompanied by a beautiful song that slowly faded into a climactic reveal of the main character, an Asian girl named Faith.

Get the latest Flash Player to see this player.

I absolutely had to get this game. It had a look and feel- and more importantly, game mechanics- that I had never seen before. And for that alone developers DICE deserve complete credit. This is a great idea and a pretty good game and I would easily recommend playing it. Unfortunately, as with anything that builds up such impractical expectations, all I am left with is a bitter aftertaste. Aside from what was accomplished and what I enjoyed, I am going to use lost potential as an excuse to break down the biggest failures of Mirror’s Edge.

Let’s start at the beginning, with the story introduction:

The near future. In a city trying to forget its past. Crime is nearly gone. Surveillance is pervasive. The old marks of civil violence, of strife, are now covered over or memorialized. Most people are content, ignorant, and docile. Few even remember the “bad” old days anymore.

Except Faith, a young girl.

Wait wait wait. There was a decent build up there. But you are going to tell me that no one remembers the past except a little girl who probably didn’t live through it? Umm, ok.

So here is the main character, Faith- a runner, a courier of information in a corporate age of control. Every time she tries to hop along the rooftops she is pursued by police. I’ve got to say, it gets old being up there and having my buddy come on the radio and say, “There’s Blue incoming!” yet again. I have an idea – how about Faith tries to be inconspicious and just takes a taxi to her next objective?

Overall, the story is horrible and disjointed. The levels have no meaningful connectivity in between them and the cutscenes often don’t move the plot forward. Playing Mirror’s Edge feels like you are just doing the same thing over and over again. I swear this actually happens: 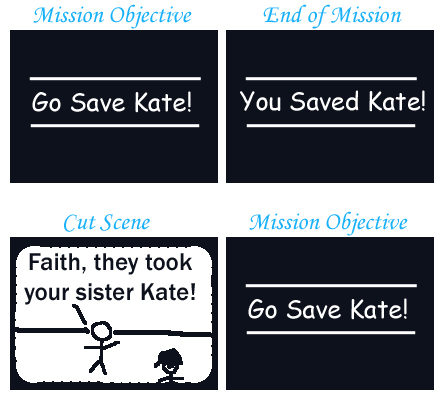 Okay, maybe story is not this game’s strong point (it’s not). Let’s move on.

Early on in my play experience I noticed that music was conspicuously absent. This was potentially one of the best features of Mirror’s Edge with the title track garnering internet hype and a separate soundtrack on sale. Where did all the music go during the levels? This was a missed opportunity for sure.

The jumping mechanics feel nice but they are not quite there yet. Like everything else in Mirror’s Edge, there is an obvious lack of polish. Landing from jumps will often result in you sliding off a ledge. It is usually hard to tell where you are supposed to go. The load times are excessive even after watching cutscenes. There are collectables scattered throughout the levels that have no purpose or reason for you to bother with. Judging distances of jumps is difficult and often only solved by trial and error, meaning you will fall to your death and pray there was a well placed autosave checkpoint.

On that note at least, falling to your death is very cool. The whole screen blurs out and shakes savagely while the noise of wind rushing past your face drowns out anything else, and then black. There are moments when you stop short of falling off a ledge and look down as the sound of rocks trickling down hammers home how close to death you are. Vaulting fences, touching walls, and slamming through doors are all genuine experiences with style. If this game sounds schizophrenic in its implementation, that’s because it is.

There are very few in-engine cut scenes that DICE tries to blend into the game but it is not a seamless transition. It is quite jerky and there is a white flash when the switch happens. This isn’t the biggest sin of a game engine, but there is a miniboss fight with quicktime events that blends back and forth between the game and the in-game scenes. Who’s idea was it to cut back and forth like that with choppy transitions and try to play it off as if it wasn’t horrendous? The controls were useless in the non-interactive portions and many times I died because my input wasn’t detected during a switch.

But, ladies and gentlemen, these gripes are nothing compared to the biggest control issue of the game: the Trip button. 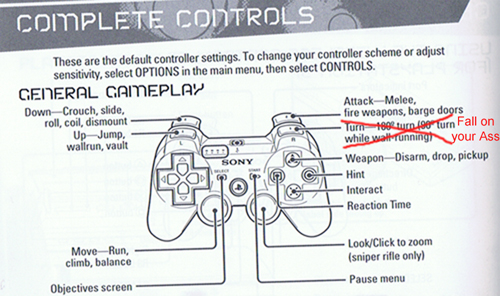 No joke, using this button will more often result in failure than success. If you are merely running forward and you push this, you will spin around backwards and fall on your ass. If you are in a gunfight and try to press L2 to shoot but press L1 instead, you will turn your back on your attacker and get shot in the back of the head and die. The only reason this button exists is to perform a wall jump – you would think there is a better, perhaps more context sensitive way to perform this maneuver than always having a ‘Trip unless you are wall running’ button.

Moving on to macro design. Gameplay is a bit one-dimensional – you can only run from cops for so long before it gets old. Sometimes it is hard to tell where you should go under stressful circumstances. The few chase sequences are an ingenious way to solve that problem since you can always see where to go by imitating the target ahead of you. But there are some questionable decisions.

It was touted that you could play the entire game without shooting but that is a load of horseshit. While the idea of disarming a cop and using the remaining clip on other enemies until you need to move on is cool, the fight sequences are not the game’s strong point. Many times you can run away but near the end of the game you are forced into extended battles that you haven’t been prepared for and the aim controls are not very forgiving. If you play this game make sure to start with the Easy setting because that basically makes combat more tolerable without losing all the cool platforming.

The design is also very heavy-handed. There is not more than one way to do anything in Mirror’s Edge and you will find this out very quickly. Sometime you hang from pipes and can turn around to jump back, while other times your are clearly not supposed to turn around and the game doesn’t even bother letting you. It ends up feeling less like you are navigating a world than merely trying to guess what the designers want you to do.

The end of the game really starts falling apart. There is an entire level section that involves you jumping out of a building onto a bunch of others, avoiding snipers, slowly taking them out one by one, and when you finally finish you need to perform a very long jump back in to the building you started in. If you miss this jump and die you need to replay the entire segment over again. Either DICE intentionally tried to make the game harder by placing less frequent autosaves or they were rushing to meet a ship date, but the last couple levels are not fun.

The budget for Mirror’s Edge was not on par with the hype it had built up. The majority of the cut scenes were done in a 2D cartoony style that EA tried to play off as ‘stylish’ but I interpreted as ‘discount’. The hilarious thing is there is this police chief who Faith is in contact with the entire game in these cutscenes and finally, during one of the last levels, I came up face to face with him in the 3D engine. I had no idea who I was looking at because he looked completely different from the cartoon version. I had to listen to a few lines of dialog and ponder a second before I realized what was going on. 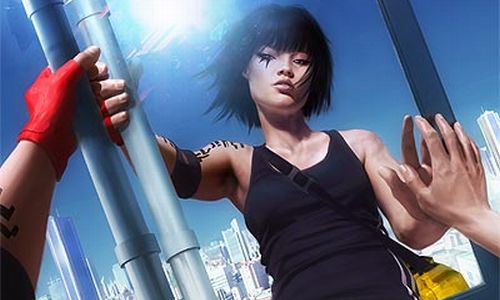 In the end, we are left with a game that had a lot going for it but the developers dropped the ball. DICE had a remarkable vision but I blame them for not following through with the promise. EA needs to get credit for funding a more experimental project like this but they should also bear the blame in this mess. To release a game prematurely does not do justice to the idea and they should have known better.

Even with all these failures, Mirror’s Edge will have lasting effects in the years to come. And who knows? With an iconic heroine and a better managed second effort, we just might get a sequel that delivers on more than just potential.