You love a band, you love their music, but a disagreement or death forces the collaboration to halt. And I’m not talking about a 3 year “retirement” hiatus Jay-Z style. No, this is a true parting of ways, a genuine end of an era. You’ve long given up hope of ever hearing new tunes from this group again but out of nowhere the impossible returns. Call it a comeback. But coming back is not the same as *being* back. Which artists have successfully been able to return to critical prominence? On this blog that means which music do I like most? Here’s the 3 best comeback albums of the last 10 years. 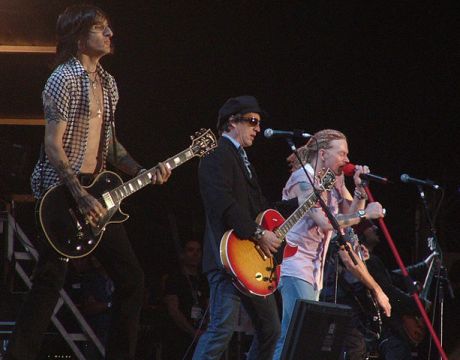 Chinese Democracy, Guns ‘n’ Roses
Admittedly the loosest definition of comeback on this list as many would just as likely label this a solo project, Axl created a legend more famous for the process than the final product. Chinese Democracy took over 10 years to make, involved a huge turnover of musicians, and was rumored to be the most expensive album ever to produce. How was it possible that these songs could live up to expectations? The album got mixed reviews and I do agree that there are some bad songs on it. What was worse was that some of the better songs were released or leaked early, taking away some of the luster upon release. But a great thing happened. Instead of the expected round of bashing, a contingent of fans emerged who still loved Axl’s voice and who appreciated some of the songwriting. A lot of the change ups in the music are original and scored critical points. It turns out that most of the bad public opinion were old guys complaining about, “these damn new electric drums.” While the album does have an overproduced sound and some of the weaker songs confuse noise with being hardcore, overall there is a very emotional layered elegance to the work. And when a process as easy to poke fun of results in a product that many critics begrudgingly respect, I call that a win. 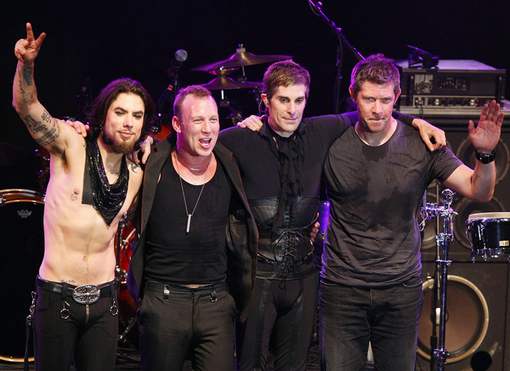 Strays, Jane’s Addiction
Here’s an album that flies under the radar but deserves every bit of respect I am about to give it. Releasing 10 years after Jane’s Addiction’s last album and break up, this was a reunion that defied the odds. Why would a band whose members hated each other and had individual success after splitting up reunite? I have no idea but I am glad they did. All but a couple of the songs appearing on Strays are easily 4 or 5 star material. Track after track delivers variety and well conceived and executed harmony. What’s more, the ability of the band to generate the ‘same old sound’ without coming off as dated was nothing short of amazing. There is no single good reason that old fans of the band would dislike this material unless they didn’t give it a fair listen. But alas, it turns out the band members still couldn’t stand each other and a second breakup occurred. Is it possible Jane’s Addiction could reprise this award in the next decade?

Black Gives Way to Blue, Alice in Chains
Last but not least is the least likely of comebacks. For years Alice in Chains had limped through drug problems and Layne Staley’s death seemed to put the final nail in the coffin. The band was stuck on life support and fans were treated to countless dvds, compilations, and live albums instead of getting their fix for new music. Finally after almost 15 years a followup studio album was made possible with a replacement lead singer- and black dude sounds *exactly* like Layne Staley. Jerry Cantrell wisely steps back from the lead vocals and focuses on the guitar work and tempo that has brought the band fame. Black Gives Way to Blue laments Layne’s death but refuses to be defeated by it. Instead of hiding from the past the first track, All Secrets Known, unapologetically tackles the elephant in the room head on. “Hope, a new beginning. Time, time to start living, like just before we died.” And indeed, instead of being paralyzed by the tragedy Alice in Chains finally regains their strength. Similar sounds from past successes like Dirt and onward appear but are infused with a new boldness of heavy guitar that is almost lost in this day. This album is refreshing because it fights conformity and non-conformity at the same time and instead simply attempts to be true to itself. And what results is an album so good that it surpasses the self titled effort of 1995. The past is over and that’s ok. Turn the volume up and appreciate this one.