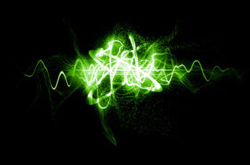 After years of the first person shooter market being dominated by the World War II theme (and space marines), Infinity Ward decided to go against the grain and shift the genre into a new trend. This was no easy feat. Several attempts on more original shooter stories have of course been created but the key metric was gaining the public’s acceptance.

After inventing the Call of Duty series and building up a respectable first person shooter talent base, it was time to enter the modern era. Call of Duty 4: Modern Warfare was an interesting idea when it was in development but nobody could have predicted the success it would have. There were so many things the game did right as far as utilizing the first person perspective uniquely- instead of a crutch that inhibited storytelling the camera view was leveraged as a strength for in game cinematics and action. The game was so successful that the Call of Duty name was dropped and Modern Warfare became its own brand. The sequel, Modern Warfare 2, was groomed from the beginning to be a blockbuster and perfectly utilized all the great gameplay techniques of the first. These two titles sold more units than any other console games in recent years. As a developer in the genre I had to play them both, and as prepared as I was to hate on them I have to admit that these are two expertly executed single player campaigns.

Here’s a breakdown of notable features: 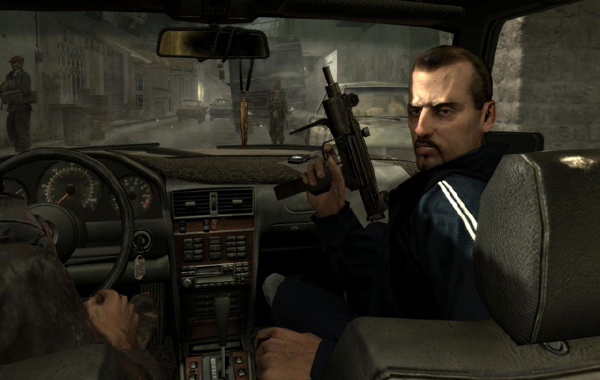 A shooter, at its core, consists of great gunplay and enemy reactions. Still, no matter how deep the weapon system is it will get eventually get tiresome to endlessly repeat the same actions. Pacing is a great tool that designers use to make sure a player is not constantly doing the same thing again and again. When a player is walking down an empty street with nothing in sight for a bit it makes the combat segments more interesting. But downtime isn’t the only way to get a break from the core shooting mechanic. There are so many other special situations during the game used for this. Whether you are manning a turret, breaching a door in slow motion, swimming, rappelling, or driving- there are plenty of change ups. These are things that all shooters employ to some degree but Modern Warfare executes them as short one-offs that are reminiscent of movie moments.

In the true style of modern combat, wars are not fought by a single soldier who can never die. The action jumps around between several different people working for different units. The SAS, the Marines, the Army Rangers, the CIA- the interplay between the different factions all over the world is fascinating. And dare I spoil the plots a bit and say that not all the characters make it through alive- I’d even go as far as saying getting shot in the head is an Infinity Ward trademark. Dialog and voice acting also get props in an industry that doesn’t always provide an ‘A+’ product.

Every level has a sensible entry, a clear target, and a cool exit. 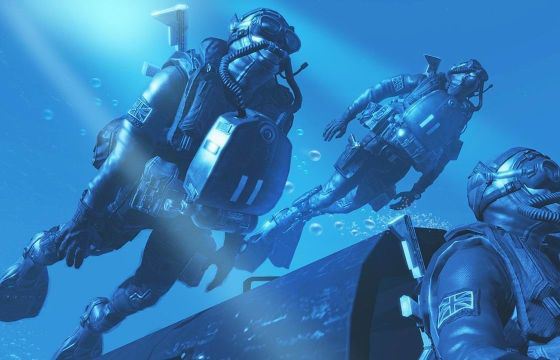 Storytelling in games isn’t only the metaplot- it is also the level progression, or unfolding of events during play. In Modern Warfare it is usually easy to know what the current objective is, when you are leading up to a climax, and when the status quo changes. Many games do not do this well and may in fact fail miserably in this category. If you get lost or confused during levels and don’t know what to do or why you are going somewhere then you have fallen victim to this design flaw. It is likewise important for players to feel a sense of accomplishment, and some sort of clear progression and achieving of goals needs to be understood instead of aimless wandering around. In addition, many of the Modern Warfare levels start in interesting ways like ferrying from a submarine into the bottom of an offshore oil rig or flying into a mountainside prison from the side of a transport helo and end in exciting sequences like airlifting out of the middle of an ambush or running to an extraction point while outnumbered and under chase.

There are no real movies. 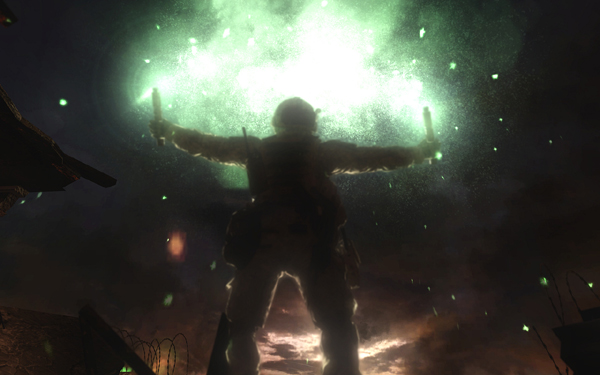 Speaking of all this cool action, it is important to note that it all happens in game. You lose control of your character and can sometimes move the camera around a bit but the point is that you are taken in and out of gameplay seamlessly and ensures that you don’t sit through belabored performances with an itchy trigger finger. Sure, there are prerendered movies instead of loading screens but these are computer images and audio recordings for the most part – nothing excessively hard on the development team but interesting enough to watch. These add style to the game and cover the level loads without becoming a strain on the animation team.

The AI doesn’t try to be too smart. 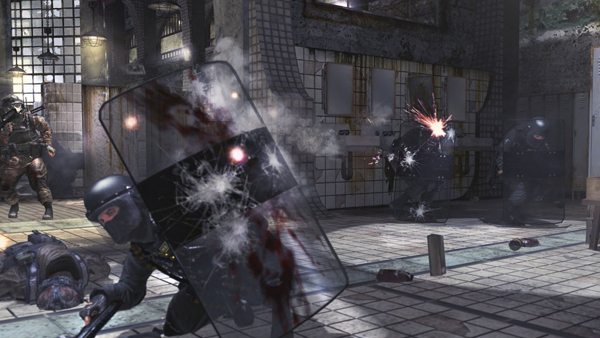 This is a small point but worth noting because some games try to get too complicated with the AI and do too much. In Modern Warfare, enemies use designer placed fire points or some similar system to determine where the AI can stand and fire. To be honest this is a weakness of the first game because many enemies stand in the same place and it feels like after you kill one that another soldier just pops back into the same place, but the sequel mostly corrects this problem. My main takeaway is that the friendly allies either follow the player and take cover or lead the player in a 100% scripted fashion, the enemies take cover and either defend or advance slowly, and that’s it. There’s not a whole lot going on and there doesn’t need to be because that is all the action needed without getting overly complicated.

And just for good measure… the main weakness of the series:

The zoom firing mechanic.
The damage model in modern Warfare is fairly high. That is to say that enemies go down with a few bullets and the player can’t take many more before needing to duck and hide or die. Facing multiple enemies without mouse control can be tough especially when getting shot kicks the camera around and covers the screen with blood. Console shooters use various aim assist techniques as a great equalizer, anything from making the reticle ‘stick’ to targets to nudging the bullet trajectory from a near miss into a hit. The unspoken rule with aim assist is that it should be helpful without being noticeable. One such technique that Modern Warfare over relies on is pushing the reticle towards the closest target when you push the zoom button. Unfortunately Infinity Ward outright abuses this feature and makes the reticle immediately snap to enemies making it supremely affective to rezoom rather than aim manually. I am sorry but quickly zooming and unzooming to autotarget is a ghetto aiming system. I am not against removing the hardcore nature a precise aiming game offers by giving some sort of autolock- that is a fine compromise to bring a hardcore game further into the casual space. The problem is the execution of the feature. When forcing the screen to zoom and unzoom repeatedly in a nauseating fashion is the clear optimal strategy then there is a problem with the game. Not to mention the number of times the autolock forces me to *miss* my target because I am trying to manually aim at it while I am unexpectedly ‘assisted’. Weak sauce. The designers need to either force the player to aim (and make getting hit yourself not be such a penalty to counter-balance) or more realistically build the autolock feature into the game in a better way without making the screen jumpy.

But enough nitpicking. Lord knows I do it enough as it is on this website. For once the public opinion and sales numbers got it right. Modern Warfare is the most successful recent console franchise and *it should be*. Do yourself a favor and play these two games if you are among the few who haven’t yet.