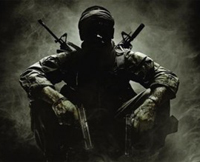 Hypothetical question: You are Activision, the last two Call of Duty games by Infinity Ward sold like shit busters, Treyarch has a CoD release scheduled- what do you do? I said ‘hypothetical’ for a reason, because the answer is undeniable – imitate like you’ve never imitated before. So after all the marketing and hype, and being familiar with the Modern Warfare pedigree, how does Call of Duty: Black Ops measure up?

Well I will say this, they knew what game they were copying. Unfortunately, the execution isn’t there. The storytelling is nowhere near as good. The objectives are confusing and the levels jump around without the proper buildup. The animated sequences abound but they are jerkier than their Modern Warfare counterparts and lack the proper pacing. Let’s look into some notable points.

Level Design
The sequences in Black Ops are generally confusing. It is difficult to get a sense of purpose and the levels seem to come to a close without the proper expectation. The game jumps all over the place without giving the player a beat to digest what is going on. What results is an impulse to follow an objective marker on screen rather than worry about the fiction of your goals. A few segments feel out of place, some are suspiciously short, and ultimately it is hard to feel a sense of accomplishment because moments are not in relatable contexts.

Gameplay
The gunplay is not as good as it is in Modern Warfare. Either enemies need too many bullets to go down or you miss a lot, and it’s hard to tell from the death animations if they are dead or not. This means you often get shot at by guys you thought you took care of already and need to refocus your attention on them again. Autoaim when zooming sometimes works 100% like MW and sometimes doesn’t seem to work at all. I can respect if Treyarch tried to make aiming more of a skill instead of an auto lock but the feature needs to be consistent otherwise I am gonna try the auto aim and be frustrated when it fails. Overall there was less polish and attention to detail and it showed. I do, however, give them props for making a swimming mechanic and actually using it in a themed level.

Marketing
This is an area where Black Ops excelled.  A heavy dose of hype and awareness with the Call of Duty brand resulted in a game that outsold even Modern Warfare 2. It is hard to fault a record breaker. Still, a lot of money was poured into this game and the question remains – was it well spent?

Sam Worthington, Ed Harris, Gary Oldman, and Ice Cube all did significant voice work but I didn’t hear about any of this in the advertising. For the money these Hollywood actors cost I have to admit that I didn’t notice exceptional voice acting. Kind of goes to show the focus was on being big but I wonder if they were a good return on investment.

Then we have the strange tie-ins. Honestly, the Black Ops sunglasses don’t really bother me. But let me introduce perhaps the most ridiculous video game marketing tie-in ever: The Jeep Wrangler Call of Duty Black Ops Edition. 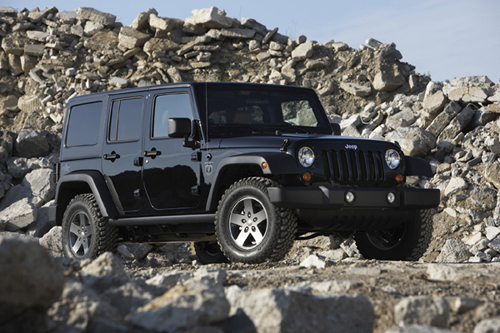 Animation
What makes the Modern Warfare series stand out are the first person cinema scenes that are seamlessly speckled about the gameplay. Black Ops has its share of these sequences but they are not animated as well and do not read as clearly. What’s more, instead of usually giving slight camera control to look around a bit and remain pseudo-interactive this game usually goes the route of not letting you do anything at all. It is clear that this is a skill Treyarch is not as proficient in.

Music
Black Ops highlights events between 1961 and 1968 in locales such as Cuba, Vietnam, and Russia. There are a lot of opportunities for period music and indeed Fortunate Son, Sympathy for the Devil, and even a Celia Cruz song make an appearance. But the remainder (and majority) of music throughout the levels are a horrible blend of techno-rock loops that do not invoke the 60s at all. I understand that it’s almost a joke for movies set in Vietnam to feature tracks from the Rolling Stones or Jimi Hendrix so Treyarch didn’t have a lot to work with, but they could have tried to make it fit together. At least make some attempt to score music that doesn’t feel out of place in the experience. When the ending credits roll and Eminem starts blasting, I think it’s safe to say that marketing got the better of the creative team.

Overall everything about this game feels like a bad Modern Warfare rip-off. Admittedly, it is still above the level of many first person shooters and I am being harder on Black Ops than perhaps I should be, but with a monster budget and two great games as templates I felt let down. Call of Duty: Black Ops lacks any edginess or standout appeal to make it a true favorite that will be talked about on merits other than sales numbers. CoDBlOps is however the single best game acronym ever, so there’s that.

Also, I forgot to make fun of “Press R1 to Torture.”