Here we go again. I’ve discussed American Horror Story on these pages before. While the debut season amazed audiences with sensory overload and strong acting, the sophomore season was a discordant mismatch of genres, ideas, and convoluted and incomplete plot threads. Season 3 is the one that will determine if the overall series has legs and I’m please that it corrects all of the problems with the previous one. 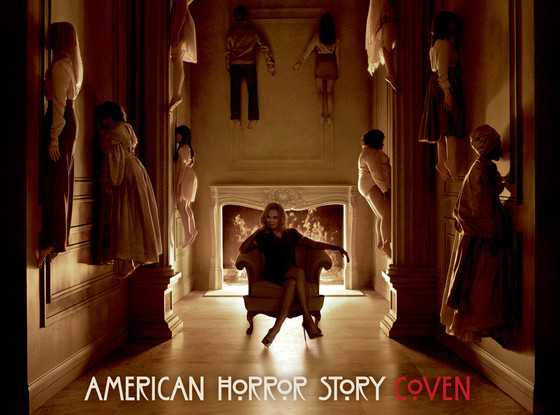 Coven is a much tighter experience in comparison. While the original focused on ghosts and a haunted house, this one prefers witches and black magic. Something new is crammed into every episode, no doubt- American Horror Story is nothing if not a mishmash of horror tropes- but everything carries the same themes within.

Improvements abound. The characters in this season are stronger. There are many but they are individually more interesting than before. The music is exceptional, opting this go around for a poppy industrial blend. Even showing events in other eras, a familiar mechanic in the series, is used much more intelligently and doesn’t distract from the story. And by far, perhaps the shining architectural trait of Coven, is the pacing. Each episode pulls the audience along in a new twist, standing yet another hair on the back of our collective necks.

I don’t know how the season will end but if it finishes as strong as it started, it may just be the best American Horror Story yet.

Sorry folks, this isn’t the same American Horror Story. Before I get into the sophomore season, let me back things up a bit. 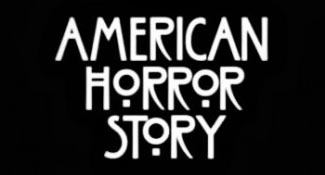 I never reviewed the original season. It’s a shame because it had a lot of good qualities aside from the novelty of being a weekly horror drama. The cast was generally excellent, with special consideration going to Jessica Lange as a opinionated, southern, creepy-as-fuck, maternal nosey neighbor. There was a lot of cool imagery to tug at the hair on the back of your neck. And the music and opening credits were inspired.

However, the series had plenty of downsides as well. I usually appreciate tight storylines and in fact often criticize horror movies for not properly tying together and leading to a satisfactory conclusion. American Horror Story definitely tried to do a little bit of everything to the point that it was ridiculous. You had the haunted house with a gruesome history, the doctor who aborted babies and did experiments with flesh including his offspring before succumbing to a murder-suicide, the creepy nosey man who survived a fire, the old lady maid who looked young to seduce men, the Halloween ghost punks, the gimp suit homicidal maniac, the creepy thing living in the basement, Rosemary’s pregnancy, and the husband who fell victim to blackouts and did weird things while sleepwalking naked. This was an excess of horror tropes, but this is why it worked. It was campy and familiar enough to appreciate but well scripted and entertainingly paced. And for the sake of my point I won’t get into the awful season finale. 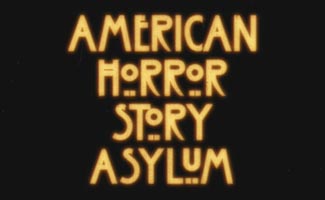 The series made a bold move for the second season. Use a mostly new cast (some notables return as different characters) in a completely different setting and story. With the above description, I could really see this change being a good thing as well. Clean the slate, come up with a new set of tropes and situations, and start over.

Except Asylum has a much different feel to it. The season so far almost takes itself too seriously. We still have the overlapping tropes (insane asylum, exorcism, UFOs?, experimenting evil doctor, bloody killer ghost, mysterious creatures in the wild, disappearing bodies, exorcism, Nazis, serial killers)- yet, for some reason, something is just off. The pacing is slow, the characters less interesting, and too much is going on at once. I’m inclined to say Asylum suffers from having weaker leads who are less likable but that wouldn’t be enough. Maybe the first season’s appeal was its parlance in the supernatural. This time around, except for UFOs, there are more tangible horrors unfolding.

But how could the writing not be at fault? The episodes seem more disjointed from each other, introducing and removing characters at odd times. It feels schizophrenic, as if the writers kept changing their minds about what themes to emphasize. The progression doesn’t feel consistently paced- why did it take most of the season before introducing the angel of death character?

But even with all that, something else feels off. Perhaps the first season had more of an air of mystery around it, a nagging question about why all these atrocities were happening. The new season isn’t so much a mystery as much as a few key characters being locked up by various evil villains. I mean, I’m sure there will be big reveals in the future, but I’m not asking any specific questions.

American Horror Story Asylum is just a ride that I’m going along for. It is a pleasant one, at least, but only because I’m not particularly paying attention to the road.