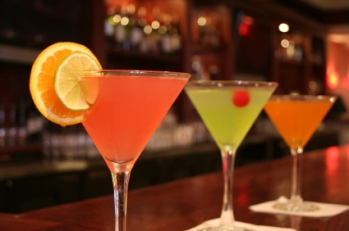 The modern cocktail is a funny thing. Just over 10 years ago a mixed drink was either a highball or one of a select few classics. Nothing additional was provisioned for by bars or requested by drinkers. This state of drinking had remained relatively unchanged over the previous 50 years when vodka was popularized and beer was lightened. And things had gotten pretty bleak. It was time for a change.

The mixology movement didn’t happen all at once and, despite its predisposition towards pretentiousness, was the natural momentum of passion for the drink. Along with the craft beer industry, mixology ushered the 21st century into an alcohol renaissance. Society agrees that everybody wins when you can equate drinking with enlightenment (as long as it’s not the kind of enlightenment that happens when you drink three bottles of wine, pass out, and hit your head on the coffee table). So how have things changed? 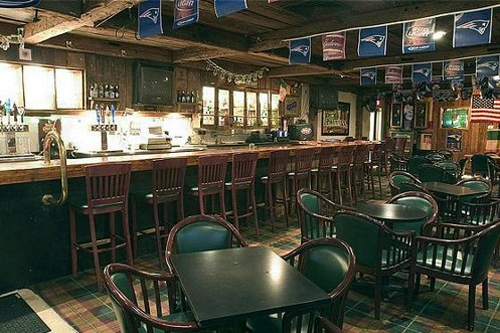 It’s easy to pick on dives but that’s not where I’m going here. You tried the new Irish pub with the fancy woodwork and all you got were the same old beers. You went to the fancy steakhouse with the ‘sophisticated’ lounge and the same overdone cocktails were on the menu. Of course more rare and complex drinks existed but, as far as the vast majority of these bars were concerned, if you weren’t getting a martini or Bloody Mary then your vodka was either coming with soda or tonic. There’s nothing wrong with these options individually but as a whole they were limiting. 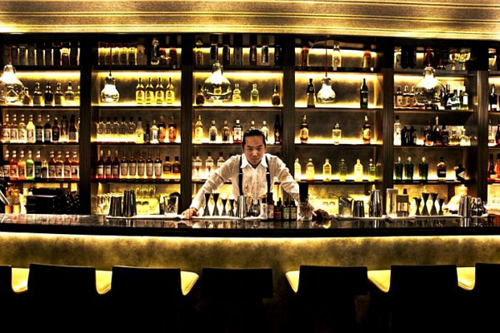 Nowadays, it’s hard to find a nice place without at least a few ‘house drinks’. Sexy cocktails in cool glasses with nice presentation appeal to women, and women appeal to men. It’s a simple recipe to broaden the appeal of the bar. But if it’s so obvious, why has it taken so long? Well, cocktails are a business and stocking and training is the expense. Limes, lemons, olives, and corn syrup cherries are not going to cut it anymore. Actually keeping fresh ingredients and making sure your employees know what to do with them isn’t automatic. It’s something that needs to be planned, managed, and presented properly. But it’s worth it, as the payout is a higher profit margin.

Before when I said drinking hadn’t changed a whole lot in 50 years, I kind of lied. You see, there has been an interesting twist to drinking all along that we’ve always known about- doing shots. In a way, modern cocktails are a natural progression of the more complicated shooters of yesterday. And they existed for the same reasons: making drinking more interesting and varied, blunting the bite of the alcohol, fun and creativity. But what was generally lacking was sophistication. The modern mixology movement is about these mixed shots growing up and looking elegant in a stately glass. Add a stalk of lemongrass and it’s just downright fancy!

So that brings us to mixology. Bartenders coming up with creative ways to mix new ingredients. I think this all started with rediscovering the roots of the cocktail. The speakeasy movement that started in New York brought back the old timey charm of fresh ingredients and classic liquors. I like the speakeasy scene, I really do. The style and focus on vintage and quality is great but there is an over reliance on bitters, disrespect of vodka, and not enough interest in the modern. The danger here is that drinks are made more for novelty purposes than for enjoyable consumption. While I’m trying not to make a negative blanket statement about ALL speakeasy bars, it is easy to see why newer cocktails outgrew this style.

Now many mixologists are not just looking at old ingredients but trying to find new ones. New liqueurs are increasingly added to the mix (a move some old-school bartenders refer to as "cheating"). High tech mixes are interesting as are the fresh ingredients but the 12 ingredient cocktails are simply too complex for most drinks besides shared punchbowls. Not that all bars are guilty of this and there are definitely some exceptions but, in general, simpler is better. We are already starting to see cocktails pop up that are the bartending equivalent of molecular gastronomy. It’s kind of cool to make something that no one thought was possible but again, the real priority should be on the drinkability and long term sustainability of the cocktail.

As a side note, do you ever wonder where these terms like mixology come from? I mean, why not mixtronomy? Yes, I kind of like the sound of that. And instead of mixologist, can’t we call a bartender a mixican? Hmm, maybe that one doesn’t work so well.