Obviously I don’t hate important or material analysis but anyone who barely casually kinda glances at any one of a number of popular tech sites on the web knows that they are going to be inundated with trivial coverage of Apple minutia. Speculation on the next iPhone with or without concrete facts? Check. Name-dropping Steve Jobs months after his death for desperate attempts at page views? Check. Can someone explain why the stock went up, down, or stayed exactly the same? Check.

You can identify a bad quality tech site when half of their articles are Apple focused. You can still somehow read a new piece about Steve Jobs every day if you subscribe to only a handful of feeds. Is the iPhone a big deal? Of course, and the fact that so many people own one make its mention excellent link bait, but there’s not really any interesting news to get out of most of these tidbits. While many of them are stock price analysis and new technology speculation, many others are inane bullshit.

If a new Apple commercial comes out you can be sure that a brave and responsible journalist will rise to the task of telling us about it. New actors pushing Siri? An old commercial getting taken down from the YouTube channel? There are some high profile respectable sites getting caught up in places they would be better to avoid.

I get the fact that Apple is moving a lot of merchandise and money these days and they will naturally be the topic of conversations, but that doesn’t mean that a dialog is always warranted. Instead of reporting legitimate news, websites are generating their own stories to cash in on Apple’s popularity. I had to straight up stop following some tech sites because they were spamming my Pulse reader harder than Twitter. This article, not counting the joke at the end, is a 3 sentence drive-by-gossiping about a possible new iPhone charger. 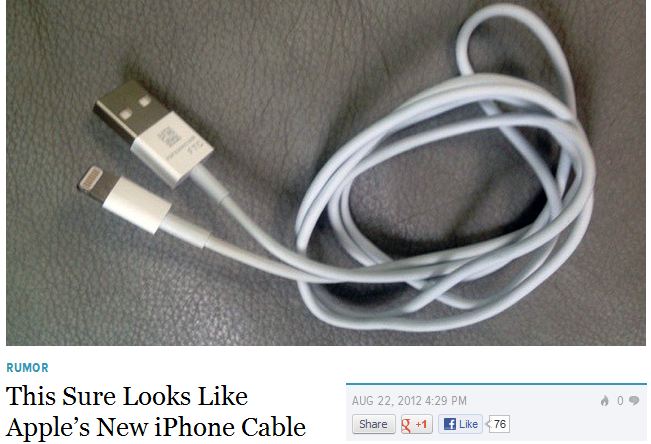 Bang up job there, bro.

‘Maybe’ isn’t generally a word that screams journalistic integrity. The article goes on to say that there are other rumors pointing at 2 other companies, which is essentially just admitting that it’s a slow news day.

This is why I’ve really started respecting Ars Technica as a site with good info. They really seem to be above the pandering and go out and analyze interest topics. Of course, I’ve recently realized they’re not quite so perfect either. It’s not so much that there’s an article talking about hating a new line of Apple commercials– after all, hating is what I almost exclusively do here- but the signature of the article made me cringe.

Senior Apple Editor? Ugh. With narrow positions like that, who could really blame her for inventing stories to stay relevant?