Everyone’s heard of these bands – they aren’t brand new or unknown or the music scene’s best kept secrets. What they are is solid, full of talent, and plenty able to continue giving us good music for a while. If you’ve only had a passing familiarity of these groups so far you should catch up – it’s time to get into these guys. 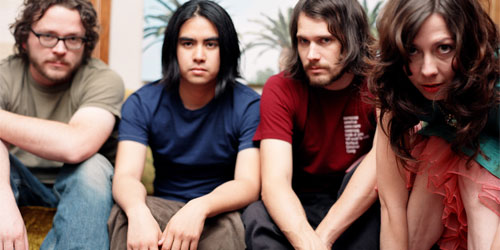 Silversun Pickups
What can I say about Silversun that can really capture my excitement about having them around? They are a new indie band on a field chock-full of old dogs but ironically feel like the blast from the past that we’ve been missing lately. And they stepped into the ring so confidently and quickly as if they had always been here. Not an instant success because they started with an EP (Pikul) that wasn’t too strongly received (and probably came from lesser means), the Silversun Pickups still managed to grab hold of an individual style while everyone else was too busy trying to sound like the Killers or Phoenix. The band gets their name from the corner of Silverlake Blvd and Sunset Drive- there is a Silversun liquor store that the band would often go to on pickups of booze while they were practicing. Their cool attitude and genuine love of music make them a joy to be a fan of and when Carnavas, their first full length album, came out it was no surprise that it had a few big hits on it. If the music wasn’t exactly up your alley then an argument could be made that watching them live could still win you over. They have an energy when they play that keeps the crowd involved. And these guys still play smaller LA shows every once in a while to show the love to their hometown. Following up all the praise was their 3rd album Swoon and, while perhaps not as good as the prior for some, it continues the tradition of distorted guitar and some really good songs. I’d say the album perhaps puts too much of an emphasis on distortion in the mix rather than, say, the clarity of the vocals, but it is still a very strong showing. I would only expect their future albums to get stronger. 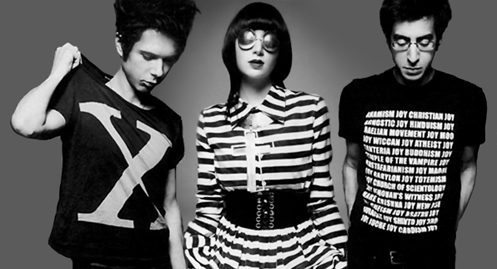 Yeah Yeah Yeahs
Fresh, Brash, and Attitude – all coming out of New York. With that recipe the Yeah Yeah Yeahs almost seemed destined for success. The self titled EP was in your face and Fever To Tell had mostly fast songs next to the single Maps. It was clear at the time that the vocalist Karen O had style and that they were the flavor of the month but some of the songs admittedly sounded like high school rock. In a way, that was their charm, but there was more potential ahead. Show Your Bones was a bit softer and polished and it had many people worried, although I thought most of the songs were solid if not a bit more tame. Drawing personal comparisons to Siouxie and the Banshees isn’t a bad thing in my mind. So how do you prove to the naysayers that you didn’t sell out? Release Is Is, an EP that is gritty and does its best to rub convention the wrong way. Follow that up with It’s Blitz! and you now have a dancy and at times folksy collection, and you realize it is really hard to typecast the Yeah Yeah Yeahs. It’s not that their style always changes or that they have no identity, rather it’s a testament to their range as musicians. 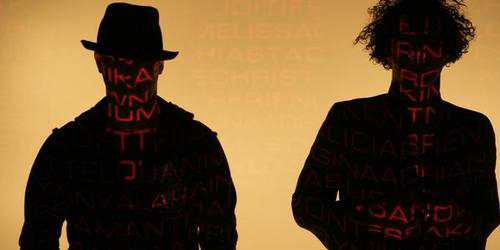 She Wants Revenge
Filling a void in the market, She Wants Revenge is like a modern industrial act. While certainly influenced by 80s synth, the music doesn’t have the derivative industrial sound. This is something new and bold and unforgettable. There is no middle ground – you will either love it or hate it. Then to everyone who thought their first self titled album was a fluke or a gimmick, out came the sophmore effort, This Is Forever. The musicians base a lot of their work on old movie soundtracks from the 80s, if that sounds odd, and I definitely feel like I am listening to a Michael Mann movie at times. I would go as far as to say that the second album is better than the first, and has more of a driving, constant force behind it. They followed it up with an amazing Save Your Soul EP, and at this point the band seems unstoppable. Maybe that is a bit risky to say since a new album is hitting store shelves as we speak and my initial impressions are that there is a small style change in the vocals. How far could they really get without increasing the range of Justin Warfield’s singing, anyway? It’s a risk, but then all the great bands take them.