A new Polish studio, The Astronauts, was formed by some of the People Can Fly team (of Bulletstorm fame). Their new game is anything but a mega-blockbuster. The Vanishing of Ethan Carter is more like an interactive story, which is fitting because it is an homage to early twentieth-century weird fiction (with shout outs to such authors as HP Lovecraft and HG Wells).

First of note is the game’s beauty. Red Creek Valley is a large open world space but remains intimate – it is essentially a family estate next to a dam and train station. The lush forests, mountain peaks, and lake views are stunning. The game’s music is atmospheric and it is an experience to simply wander around. 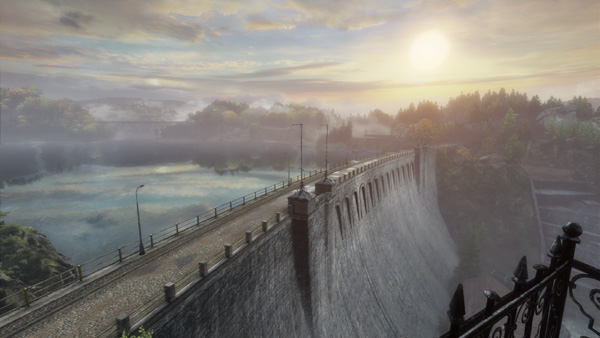 The Vanishing is a short game, only a few hours or so, and there are 10 independent quests. 5 are murder mysteries and 5 are individual story puzzles. This is poignant, because Ethan is a young storyteller with a troubled family. It becomes clear that he uses his imagination to escape his dreary life. What’s interesting is these 5 mysteries and 5 tales of weird fiction are each based on one of his 5 family members. The interplay of these relationships and the symbolism therein is the crux of The Vanishing. Countless fan theories range from the obvious to the ridiculous.

On the design front, the world is built well. It interconnects with itself and folds back into familiar territory (for example, a vista showing a house at the foot of a dam is later revisited at ground level). Gameplay design, however, is a bit less intuitive. The intro warns that The Vanishing does NOT hold the player’s hands, and it doesn’t. At the start, I didn’t know what to do or even know much about the story. I simply emerged from a tunnel and knew that I was on a quest to find a missing boy. This game is mostly discover-as-you-go.

Which is fine, but… I have a small bone to pick with the open nature of the story. Many of the sections can be completed in any order. This is fine in some cases but the lack of direction in the beginning damaged my experience. I stumbled through the world not knowing what to do and bored because nothing was happening. Out of 10 puzzles, I didn’t even notice that I was supposed to be solving a self-contained challenge until the 4th one. I needed to consult a walkthrough to realize that some areas had their own activities that could be solved while remaining within that area. Once I understood this dynamic, I played through the game on my own, but a little "hand holding" at the very beginning would have trained the gameplay mechanics better. I’m all for non-linear experiences, but having a set beginning or initial challenge would not be a bad thing. 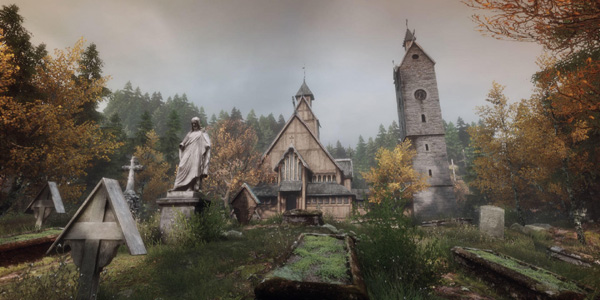 After a beautiful experience like The Vanishing, what’s the easiest way to divide the fans? The ending, of course. Needless to say, do not read on unless you want spoilers.

Some people refer to the ending as a "twist" (even the developer does). I don’t consider it a twist. The entire story plays with the idea of imagination and the supernatural – what’s reality and fantasy – so to me, the ending isn’t a twist so much as a reveal. The player knows something is up, they just don’t necessarily know what.

However, the aspect of the ending that is most divisive is its ambiguity. Numerous interpretations exist, and this Russian blog does a great job breaking things down, but the fact is that the simplest interpretation waves off most of the plot. The most logical explanation has no supernatural element to it at all, and plays out like tragic stories in the vein of Pan’s Labyrinth. However, there is a very similar but supernatural explanation, and that is centered on who you believe the protagonist is: either Ethan’s imagination or his ghost.

The Vanishing of Ethan Carter, for whatever it is, is a very different game, and one that gives you as much as you put into it. If you dismiss it quickly, it only offers a straightforward mystery, but if you peel away the story layers like an onion, you find more and more.

For twenty bucks, you can’t go wrong with that.