I’m not going to rail against the old Goth movement but I will allow myself to pontificate a bit about one of its overriding fallacies. There’s nothing wrong with choosing to paint your nails black and adhere to a certain style. It is a bit annoying that every 13 year old girl needs to go through a Goth phase (if only because it hurts the credibility of the others) but there’s not much I have against it. One of the first clubs I went to was a Goth club and despite being ignorant of the requirements and wearing a white shirt I actually ended up having a whole lot of fun.

But at some point many Goth folks will tell you that they don’t conform to society and want to be unique and different. Let me just take this moment to say that’s all horseshit. Maybe not that you *want* to be unique, but what exactly is original and unexpected about these girls? 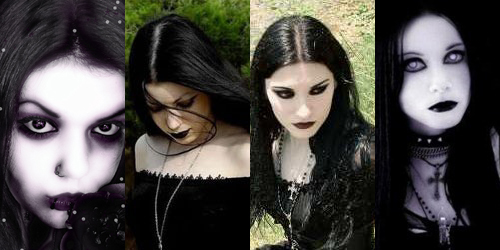 You want to dress differently? That’s cool. Just admit you’re a fan of a certain style and check the non-conformist diatribe at the door.