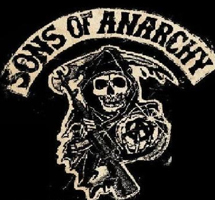 As far as action dramas go on tv these days, you’d be hard pressed to find much better than Sons of Anarchy. The premise is simple: a motorcycle gang deals with conflicts within and without as they trade in firearms and otherwise try to eke out a living in the small California town they control. The backstory that fleshes out the series has been well thought out from the start. All the characters are believable and there are real consequences to their actions. Most tv shows try to string out plot elements across a season to get the most entertainment value out of them, and while Sons is not completely innocent of this artifact of the episodic format, it does well to move important events along. Each season has a clear theme and they all tie together.

The story of Sons of Anarchy is so strong because it doesn’t treat the audience as if they were dumb. Previous history is introduced as if it’s always been there and all the characters already know about it, leaving the viewer to catch up. The downtime and family problems are nowhere near as boring as The Sopranos (and every show that has copied them since). Even the gunfights are not excessive and are well placed over the episodes. This isn’t your average tough guy action story- it takes heavy inspiration from Hamlet. Sons of Anarchy is a compelling action crime drama with a great cast of characters- you’ll even like watching the ones you hate. It’s no wonder because the creator, Kurt Sutter, played a large part in the other great FX series The Shield. 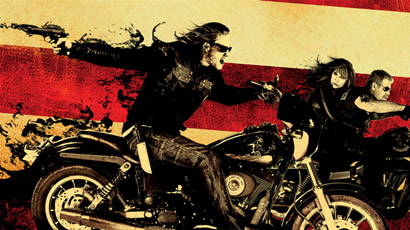 One of the shining things that stands out about this series is the sheer style. This is a tv show about bikers and attitude and that permeates every facet of production. Entire sequences of scenes are often accompanied by rock tracks giving off a music video vibe. There are simply not very many series with a comparable feeling. And these days, if you can stand out, you’re doing something right.

So now here we are at the end of season 4, carrying a plotline that could have ended the entire series. Still the creators found a great way to cap the season and leave a lot of room for interesting developments in the episodes to come. Do yourself a favor and catch up on the past 4 years. Besides Game of Thrones, nothing else on tv respects its timeline as much, and you shouldn’t miss out.