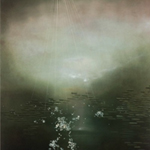 This EP was released with a whimper. Not any solid radio play or buzz surrounded it and that’s not overly surprising because it is a 3 song digital-only collection. But still, this is a disservice to a great band because the tracks are very good.

Seasick‘s songs are essentially B-Sides from 2009’s Swoon; similar in sound and feel but perhaps mixed down better without the over distortion and a bit slower in tempo. What really surprises me is that, as good as the last album was, I think it could’ve used another distinctive song or two. Seasick is such a strong song that it would’ve improved the album, but maybe Silversun knew that this was a B-Side that could stand on its own. Broken Bottles has the classic sound the band pioneered and manages to rock out more than is initially apparent. And Ribbons & Detours gives the fans what they expected from Swoon but never got- the token slow tune sung by the female bassist.

Seasick is short and sweet, definitely worth adding to your collection, and the perfect appetizer for a full length album being released by the band later this year.