This British film is one of those fabled ‘love or hate’ affairs that often provoke outbursts of analysis and speculation. For my part, I thought the whole thing was poorly done and overblown, and what could have been an interesting movie ultimately trips over its own balls. Many spoilers ahead. 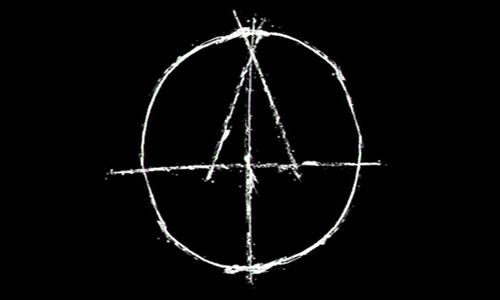 Kill List is 3 movies– 3 distinct parts that feel very different from each other– and this is the core of its dissonance.

The movie begins with a quaint domestic dinner scene. The editing is semi-amateur in quality, looking very much like an indie film and perhaps waiting a bit too long before getting to the point, which is that these two couples look like normal people with normal problems but there is a secret lying underneath. Maybe I got used to the style or it changed when action started occurring but the initial shock of the camera work wore off and I was drawn into it.

The second act takes over most of the film and feels like a black comedy assassin movie. We know Jay and Gal are contract killers and are in over their head. It’s fairly standard stuff for the genre but the plotting is setting up a deeper mystery that really brings Kill List into true thriller territory.

The ending of the movie suddenly delves into secret societies and feels rushed. Events take a sinister turn but make less sense. All plausibility is pushed aside as the characters serve the plot more than make believable decisions. And the climax, one hundred seconds of ridiculousness that lacks motivational depth, really kills any sympathy that remained for the film.

Analysis of the movie is abuzz with strange comments. The truth is, Kill List is not very confusing in retrospect, it just leaves questions unexplained. This type of forced mysteriousness is grating and it is simply a lazy method for the writers to make events seem more interesting and deep. In my opinion, it is an attempt that fails to hide the cheesiness and plot holes.

Everything rests so heavily on chance in this movie. What if Jay never revealed himself to the pagans? What if they just killed their target and moved on? What if Gal shot that last guy before getting stabbed? This is the type of ‘everything was planned in advance’ movie that asks you not to think it through too much.

I mean, this whole premise of a cult worshipping death to the point where they are happy to die needs some background. The whole idea of why Jay is so important to them is unexplained, the reason that the cult gladly gets twenty members shot up to acquire him isn’t mentioned, and really, the portrayal of the secret society is laughable.

I wouldn’t doubt that a less edited version of the movie, or at least the original script, had answers to these questions. I would bet that the explanations just weren’t satisfying or were cheesy and the creators feigned artsiness to disguise the lack of proper plotting. 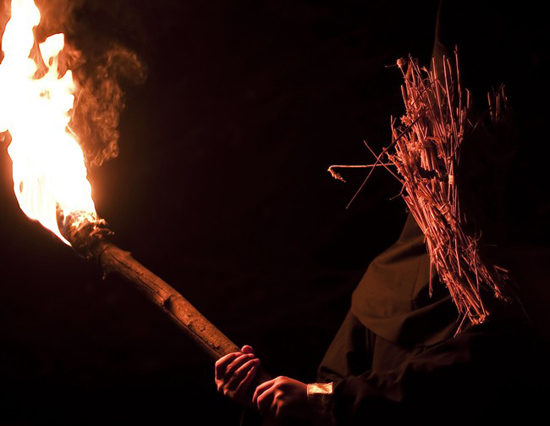 Kill List is probably not worth such a long post but its reception has an air of being a masterpiece. The vast majority of movie reviewers work very hard to come up with explanations that don’t exist and, to me, display a lack of understanding of the realities of the professional creative process. A quick example is the fact that most people refer to this as a horror film, which it is not.

I have heard theories about the movie representing the ills of the remnants of the British Empire, the falseness of the Iraq War and the current establishment and all that. Sure, if there’s some parallelism involved, that’s great, but the plot should still make sense.

I also dislike the entire line of ‘what if it was all a dream’ speculation. This has become the go-to conjecture when a movie presents its facts in any dissociative manner. Fine, in Inception, even though I disagree with it, I understand why the theory could be offered. In Kill List, however, nothing suggests that dreaming is even a factor. Jay is told to ‘wake up’ a few times but this is more about his reconstruction, his becoming.

Kill List is a film that is supposed to provoke inquisition. Whenever movies like this come out, I always find people zeroing in on the wrong questions. Was Shel in the cult? (No). Was Gal in on it too? (No). Was it all a dream? (Sigh). The reality is that Kill List is unsatisfactory not because it is cleverly going above all of our heads but because it doesn’t attempt to answer its most interesting questions.

In the end, I’m afraid, just because something provokes thought does not make it clever or well structured. It’s easy to tell a joke and leave out the punch line, especially if one doesn’t even bother to come up with one. What’s much more difficult is delivering on an interesting premise.