Quantic Dream is a fascinating video game developer based in Paris, France- a peculiarity which no doubt contributes to their individual style. They are equipped with a certain brash determination to make games according to their ideals. This vision entails an obsession with having players experience the normalcy and relationships of life in addition to the action-packed adventures of Hollywood. Character design needs to be well executed and soundtracks must be top notch. In essence, Quantic Dream strives to create the equivalent experience of a feature film in a game. While their ambitiousness inevitably leads them to many failures, it is easy to respect what they have accomplished. Since Quantic Dream’s latest title was released today I thought it would be a good idea to recap their history. 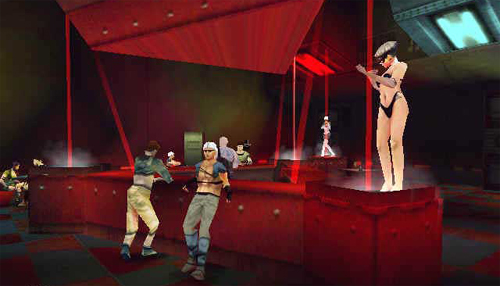 Their first game back in 1999 was Omikron: The Nomad Soul. It was about the player transporting his soul into a police officer in another world to help hunt for a serial killer. The player discovers that a demon in human guise is committing the murders and then the story starts to run away from itself with an age old battle for power, secret societies, and ancient magical artifacts. The gameplay was a bit schizophrenic as well. This was mostly a 3rd person adventure game but there were skill areas that switched to a 1st person shooter. Some sections had you fighting hand to hand combat in a forced side view where you had to pull off streetfighter style combos.

The gimmicky hook was that you were a nomad soul and if your host body died you would transfer into someone else. Ultimately, Quantic Dream didn’t have the resources to flesh out any of the characters besides the first. But at that beginning, the large city felt alive and the characters had depth. There was a distinct psychological draw to moving about the Blade Runner-esque world, finding your apartment, and relaxing and spending time with your wife. 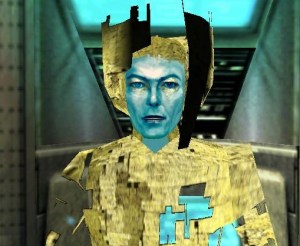 David Bowie made the music for this game and played a couple of the characters. One was a cheesy virtual being who lived in “the net” but the other was much less vital yet more appealing. He played the lead singer of a band and you could watch a full performance of one of his songs in game.

Most of the criticism came from the game’s more disparate elements yet Quantic Dream created an atmosphere and temper that left many fully engaged. An intriguing first effort.

After some struggles and a full 8 years later, Indigo Prophecy was their second game release. Also titled Farenheit everywhere except in the United States, this video game was billed as an interactive film. This is an artsy way of saying it has a lot of quicktime events. The dreaded QTE, or Dragon’s Lair gameplay, has long been derided in the industry. 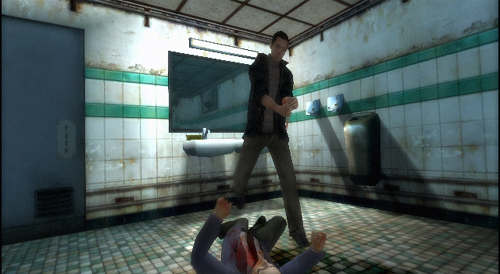 Instead of taking place in a futuristic dimension, Indigo Prophecy was set in the present and looked to have a more grounded story. Like a modern thriller, the plot begins with the hero having just violently stabbed a man to death in the bathroom of a small diner and recovering from a trance. Similar to Omikron, there has been a string of ritualistic murders. The player then has options on how to react to this situation with some exploring and dialog. Having ditched the unsuccessful genre-merging of Omikron, Indigo Prophecy resolves to remain more focused. That is not to say that there aren’t small sections of the game that break you out of the normal interactions, but for the most part the gameplay is acceptable. Specifically, the first act of the game is great.

My biggest complaint with Indigo Prophecy is the storyline. How can such a compelling introduction languish into disappointing pulp? Well, let’s look at synopsis excerpts from wikipedia.

The overall plot follows Lucas as he attempts to uncover the reason behind the murders. He initially attempts to move past the experience, talking his way of a visit from the NYPD, but Lucas begins to experience hallucinations, primarily involving arthropods, which eventually attack him, forcing him to flee from his banking job. The Oracle, a Mayan sorcerer, attempts to kill Lucas more directly by placing him in pseudo-reality inside his apartment, which Lucas manages to escape.

The arthropod hallucinations are weird but suddenly being assaulted by a Mayan sorcerer is just as jarring in the game as it is to read here. But this is only the beginning.

Lucas contacts a spiritual medium, who places him in a trance to recall the events in the diner, which initially terrify the woman. Lucas returns to his apartment to find it surrounded by police. During this time, Lucas demonstrates superhuman strength, reflexes, and agility, dodging bullets fired by police and leaping 30 feet into the air onto a moving subway train. Lucas’ ex-girlfriend is eventually kidnapped by the Oracle to draw out Lucas, and in an attempt to save her from a fall, Lucas is killed. He returns to life later in the game through the Chroma present in him, though this is never explored.

Not only is it not explored but this story continually fabricates inanity as regularly as you or I would use an exclamation mark. It doesn’t happen all the time but when it does it throws you for a loop. The twisted layers grow exponentially near the ending of the game, as if the writers were struggling in quicksand and grasping at ideas to save themselves.

Detective Valenti and Lucas eventually learn the location of Jade, the Indigo Child, who possesses a secret that will give great power to whomever hears it. During this time, a third faction, the Purple Clan, composed of an anthropomorphic artificial intelligence (AI), also steps forward to assert a claim on the child. Lucas, the Oracle, and the AI converge on the military base where Lucas grew up and was exposed to the Chroma.

After defeating the Oracle, you basically fight this giant electric AI monster for seemingly no reason and then the game ends. This really is one convoluted plot- and I cut the part out about the Invisibles. The obvious kicker that you may have figured out by now is that the story isn’t well executed. Not only that, we see recurring Quantic Dream themes of playing multiple characters, secret societies (the Oracle’s Orange Clan), electronic beings (the Purple Clan), and an age old struggle. For a game that started out as a police thriller, I was dumbstruck. 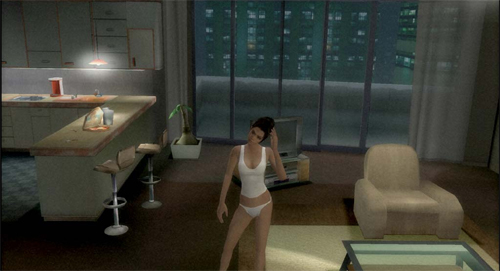 Still, the core appeal remains. This is a game that starts out tethered to the lives of several characters. Their homes, their jobs- their world- is what draws us in. If only we could see a treatment of these elements that wraps up as nicely as first presented.

Today Quantic Dream’s latest game, Heavy Rain, was released. Oddly enough another serial killer incites us into action to uncover deeper mysteries. The question is, are these mysteries compelling? Or are they, once again, simply batshit crazy?