What is wrong with audiences today? Why are there so many ghost hunting shows on tv now? It seems like every cable channel has one. SyFy Channel started with Ghost Hunters, A&E got Paranormal State, Discovery Channel created Ghost Lab, even the Travel Channel for some reason started Ghost Adventures.

These shows are like the specials you see on tv with some crazy person who devoted half their life looking for Bigfoot. I got news for you- if the cooky old sailor you’re watching actually found the Lochness Monster then you would have heard about it in the news WELL BEFORE the episode aired. These ghost shows are no different. But hey, if you want to hear sounds of buildings settling, someone dropping a spoon, or a scratchy static recording then by all means. 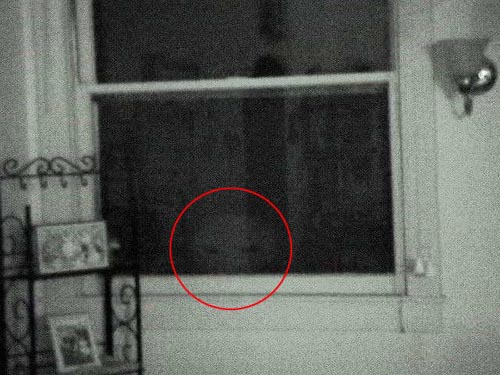 And what’s with the night vision? Can anyone tell me why the explorers refuse to turn any lights on? Even in the few cases that they are in buildings without electricity, doesn’t everybody realize that film crews don’t need to use small flashlights to capture night footage? Ok, sure, some of these teams may not have full crews, but ask yourself why not? Do the big scary cameramen spook the ghosts? Or is it likely that the producers are more interested in creating a program that looks spooky rather than has any shred of plausibility or respect for itself? 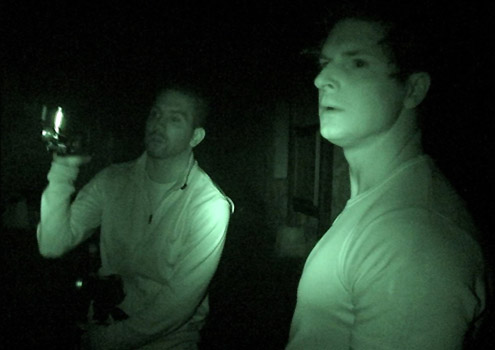 My cellphone can take better night shots than this

Even if you believed in ghosts and thought that *maybe* some of these encounters out of all these episodes were genuine brushes with reality, what you actually get to see on video is not very compelling. There is no science, there is no proof, there is nothing interesting captured on camera. Instead viewers are asked to be satisfied with the same bullshit con jobs. A bunch of “experts” are standing in a room and get startled and say, “Did you hear that?” and they all run to another room remarking about how they feel an old and evil presence close by. Then they start talking out loud- “Hello. Can you hear me?” I actually heard one guy from Ghost Adventures saying, “I call to thee!” like he was in the middle of his weekly larping game. Then the spooked hunters listen to static that they turn up really loud and make crazy claims about it, satisfied at a job well done. How is this entertainment?