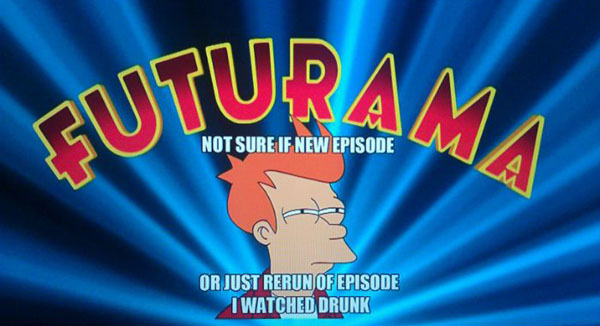 Futurama is before the time of Why I Hate Everything so I won’t give it a lengthy review aside from saying it was a great animated series in its heyday. When Cartoon Network renewed the series to release 4 episodic movies, it was obvious that some of the old quality was still around. However, the regular tv season that followed was hit or miss.

Realistically, any classic animation series like this is going to suffer a bit from nostalgia. That’s why it was so great that the first ten minutes of the new 2012 season had constant jokes that reminded me of the good old days. This is the same show, folks. Here’s hoping the season keeps to the same bar.