Everybody despises the BCS so it is not a shock if I pour on some extra hate as well. The problem is, besides almost universally wanting a playoff, critics of the current system identify a number of different failures in how we choose a college national champion. It is hard to argue that the BCS isn’t at least better than what we had before, where teams would just play in random bowl games and get ranked afterward, where #1 and #2 were not even guaranteed to play each other as they are now. So where can improvements be made? I want to specifically discuss the computers, polls, conference champions, bowl games, and of course, a playoff bracket.

College sports do something that their pro counterparts do not – they keep track of national rankings. The reason is fairly simple: 32 teams are much easier to manage than 120. BCS rankings have a computer component, of which fans criticize the algorithms, and the human poll component, which is often blamed for playing favorites.

The computers themselves aren’t so bad. Whether or not the statistical calculations need tweaking over time, we can all at least rest easy knowing that everybody is on the same level field. There will be optimal strategies for ‘gaming’ the system – scheduling strong or light, running up the score, favoring offense or defense. This is no different for any sport (or game really) where people are operating under a set of rules. This actually gives the NCAA power to guide the sport in new ways as well. If they feel like teams aren’t playing enough home games or are playing too many Division II opponents then the computer algorithms can reward or penalize teams across the board. This is no different from how the game evolves whenever penalties are added and removed from the game.

The other two-thirds of the rankings formula are much less objective and that’s why human polls are horseshit. Coaches and media members tend to vote favorably for old school powers and not give enough respect to up and comers. This immediately brings bias and unfairness into play. Compounding the problem are preseason rankings, which are official rankings based purely on speculation. It is media masturbation at best, but at worst it puts overhyped teams above legitimate contenders, making it hard for the lower ranked teams to pull ahead. Human voters will usually not let a team drop in ranking unless it loses, so if you climb to #2 by beating better opponents than #1, you will still be stuck below them. It is exactly why Alabama was a lot better than Florida but remained below them until they beat them.

As bad as preseason rankings are, with human polling abolished and computers recalculating every week, there is no bias against being ‘jumped’. We can let the media and coaches rate teams based on whatever they want but as soon as the season starts and the computers are turned on those ‘guesses’ are thrown in the garbage.

Even conferences and divisions are bad. Conference champions are not always the best representative for the conference. Two 11-1 teams in one division can only send one to try and win it. Meanwhile, the best team in the other division is 8-4. If that 8-4 team happens to upset the 11-1 team, how does the other 11-1 team feel not being able to have a shot at the conference title? Surely one of the two 11-1 teams should have gotten that title. The NFL isn’t a good analogy. Not only does it have the same problem but it is smaller with a more difficult barrier to entry for new teams. The NFL has a much more controlled climate and a balancing mechanic called *the draft*. Balancing NCAA Football teams and conferences aren’t feasible.

The idea of conferences and regional titles itself is outdated. It makes sense on a less national stage. In high school football you want to know who the best is in Florida. But college conferences span large areas of the US, college teams travel, and television creates a national stage. I say do away with conference championships completely. Why force #1 Florida and #2 Alabama to play before the postseason? 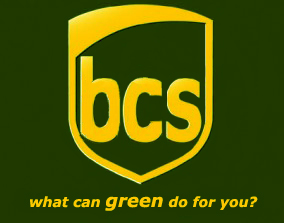 In college, of course, the post season is dominated by bowl games. And because of the money tie-ins to all the schools and investors that is not changing any time soon. Who gets bowl bids? Why guarantee a team from every conference is in a BCS bowl game? Why automatically give a champion of a weak conference a bid when other, more deserving teams are out there? We are starting to see the messes that this backroom dealing has created.

The ultimate and eventual cure is a playoff system. You can talk to 10 different people and they will have 11 different schemes for how the playoffs should work. It is not an easy task but it can be done. To get this out of the way right now, anyone countering that a playoff system would add too many games is using a weak argument because Division II does it. Here is a playoff scheme that would work: 8 teams, top ranked, only computer polled, strength of schedule taken into account but not the end all and be all.

What are we talking about here? If things were in place now we would take the top 8 teams based on the computer rankings only. None of them would have been in danger of a lower ranking because of conference championships because those games weren’t played. The top 8 teams would all be respectable- no one is undefeated or nearly so by padding their schedule with cupcakes because their rankings would reflect these shortcuts. Right now there is a lot of grumbling about whether a #3 team was screwed out of a championship game – wouldn’t the same thing happen with #9? Well, between 8 and 9, you lose your bitch card. There is a galactic difference between, a) possibly being the best in the country and not playing for the title and, b) having 2 losses while another 2 loss team is deemed more worthy to get beat down by the top rated seed. In other words, there will be no national sympathy for #9.

It is important to note that there will still be many bowl games outside of the playoffs. That is ok. If a team doesn’t make the playoffs but finishes with a winning record and gets invited to a random December bowl, I have no problem with that. In fact, the playoff games themselves would eat up a few of the most important bowl games now. A team making it to the national championship game would play in 3 playoff games – if you subtract the conference championship and the bowl game they were going to play anyway, you only added 1 extra game to the season – and this is only for the best two teams in the country.