Truly, this is the most refreshing game of 2009. All the Game of the Year awards are well deserved. If you have a chance, play through the first 10 minutes of the game and see if you aren’t hooked. Batman feels tough as you walk into the famed Arkham Asylum but it is immediately apparent that he is in a dangerous place surrounded by dangerous criminals. And the prisoners are the true stars of the game- you will come across quite a few classic villains and you will want more. 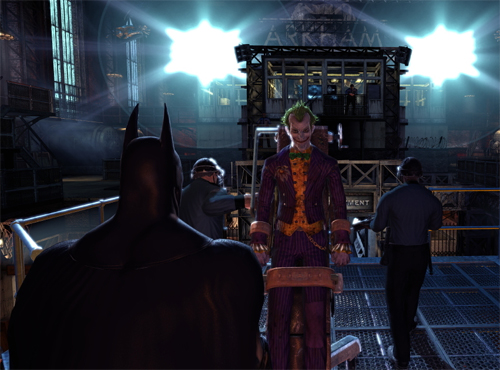 The recent Batman films were amazing. It makes sense for a AAA video game to take advantage of that success with a tie-in but Batman: Arkham Asylum has nothing to do with the movies. This is gaming asserting itself as its own medium. This is a strongly themed Batman game with its own flavor. It would be easy to lean on elements prevalent in the latest films but this game is showcasing its own version of the Batman universe. 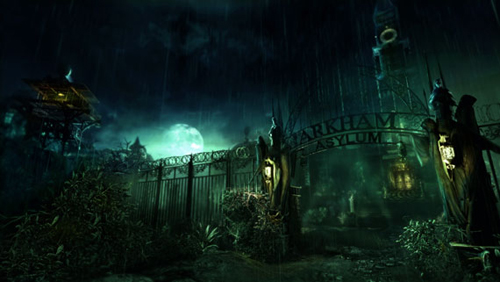 Developer Rocksteady did an amazing job with very traditional Intellectual Property. They could have just spit out another superhero game and nobody would have blamed them but they wanted to create a cohesive experience that shows great respect for the source material. This isn’t just a generic Batman game- it is a well-conceived struggle within a defined world. Arkham Asylum is the backdrop to the entire story and it is with this incredible strength that the game derives so much of its character. Themes of danger and lunacy loom as Batman tries to contain the chaos on the island. And of all the places to be, he is surrounded by many of his worst enemies, in the prison he confined them to.

From the beginning you will immediately notice the cinema scenes are treating us to classic Batman. While the in-game movies are rare, they are cool when they happen. Getting to see the Batmobile and the Batwing are nice rewards but the cinematic nature of Arkham Asylum doesn’t stop there. The voice-acting is excellent and much of the talent from the popular cartoons was retained. Seeing some of the villains up close is reminiscent of modern films. The Joker is a cruel, deranged psychopath. Croc is a terrifying monster. Scarecrow pulls some neat tricks on you before you really know what you are dealing with.

The gameplay doesn’t borrow from the popular titles of the day. Instead, Arkham Asylum was thought out and designed from the ground up. The combat is fluid and satisfying. The stealth combat is interesting with a nice design mechanic to punish the player for failure without immediate death. The core mechanics of Batman were well designed and supported various secondary features that could be used repeatedly throughout the story. Sure, there were a couple of gameplay segments that were a bit less polished or otherwise not perfect but it never brought the whole thing crumbling down. The development team fearlessly gave us a wide variety of play mechanics- I was pleasantly surprised enough that it was hard to notice if a couple didn’t cut it.

All the bios, interview recordings, upgrades, and extras keep the game from being overly linear. It is rare for me to be motivated by finding collectables in games. In fact, I usually hate on them for being useless (I’m talking to you, Mirror’s Edge). Batman has a few different collectable types that range from finding hidden objects to solving slightly more obscure riddles hiding in plain sight. Players find themselves rewarded with experience, health, background info, challenge modes, and other goodies. There are even a couple of additional subplots that you can take to the end. I have to admit, even after I beat Arkham Asylum, I went back and finished finding all the riddles.

I need to give major props to the Rocksteady team. Time and again I will gripe about a good game not living up to its potential. This is one case where I can not do that. As a game developer myself I am just so impressed with the complete package of Arkham Asylum. Anyone who does not give this game a chance is doing themselves a disservice. Being recognized as Game of the Year is great but I believe Arkham Asylum surpasses even that honor. In many ways it represents the pinnacle of our young industry and I am excited at the thought of the positive influence it will have on many teams going forward.