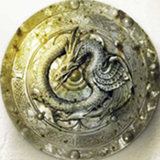 George R. R. Martin’s A Song Of Ice And Fire series is not just a new phenomenon- all 4 previous entries have been New York Times bestsellers with the last hitting number one. The draw of the novels are without a doubt the many complex characters involved, the well imagined and far ranging world, and of course the intricate plotlines. Countless houses and families interweave across lands familiar and new, all inevitably tying together through the plots of kings and men.

That said, the lands of Westeros and beyond are a hot topic these days for a couple reasons. First, HBO created and aired a hit season based on the first book of the series, with more to come. And second, because the fifth book out of seven, A Dance With Dragons, was finally released after a wait of more than 5 years. Since I haven’t mentioned A Song Of Ice And Fire on Why I Hate Everything before, I will recap a bit before getting to the new book.

A Game Of Thrones was a great first novel that introduced a world and had specific plot arcs in mind. Westeros is a medieval land without all the fluffy magic that we are used to in the fantasy genre. Politics and bloodlines are the star of the show here. Since the tv season portraying this book finished airing and the novel has a bigger following now I may touch on a couple generic spoilers without getting to the big ones. A Game Of Thrones is about an honorable family in the north that gets embroiled in politics that ultimately threatens to be the ruin of them all. The novel tracks all the members of the family being split up to their own separate dangers and adventures. Some plotlines were tied up but most were left open ended with many a possibility and question unanswered.

Rightly so, the next couple of novels in the series had a lot of source material to lean on. Various characters across numerous lands provided many rich backdrops to explore. New characters who were previously footnotes became the focus of new plights as well. A Clash Of Kings and A Storm Of Swords relied on the first book to set the sequence of events and these books were somewhat a matter of simply letting the dominoes fall. But after (and maybe by the end of) these two entries some of the luster was lost. It became hard to ignore a pattern of random dangers presenting themselves and oft times leading to the worst possible outcomes. Martin is not known to be kind to his characters but this only stays refreshing as long as it does not become predictable. More troubling is that now a few books into the series, with some large notable exceptions, many characters were still more or less in the same place as where the first book left off.

Then we get to the fourth book, A Feast For Crows. This novel is the culmination of a wandering story, taking too long for anything to happen while focusing on characters that are difficult to care much for. A Feast For Crows was the worst book in the series by far. It was long and meandering for what little point it had. I’m not saying that there wasn’t good color to the tales told within but as a portion of the greater story it served little good. This book had so much fluff in it that it became too long. Aside from taking 5 years to be released it cut half the characters and story out- to be split into the next book. Essentially, A Feast For Crows and A Dance With Dragons cover the same time period but just focus on different characters. Martin assures us that the reason for this division was to tell the full stories of half the characters rather than half of the story of all the characters. Except near the end of A Dance With Dragons we start seeing characters from A Feast For Crows reappear as the timeline becomes recombined. So much for the characters having their full stories told in each book, huh?

Anyway, the deficiencies of the fourth entry became the strengths of the fifth. It was good to once again read about characters that were missed in the context of what had already happened. And when the timelines combine it was nice to finally know that all was right with the chronology once again. However, there was a notable change in A Dance With Dragons. Reading the previous book impressed upon me a sense that it was long, meandering, and unplanned. A Dance With Dragons, on the other hand, rushed forward to introduce some important new characters and undo some of the situations set up earlier.

It is said that Martin took some time between books to plan out the rest of the series and get a sense of how book 7 should end and work backwards. It is clear to me that there was a definite plan and need to get the cogs in motion in order to get A Song Of Ice And Fire back on track again. While there are still some chapters in the latest book that are nothing but fluff, it feels good to know that the momentum once again has direction.

A Dance With Dragons is not a perfect book by any means. It still mostly misses out on half of the characters, abandons others in awkward spots only halfway through the reading, and speeds certain events along to get them set up for what’s coming next. Still, a living, breathing world with a lot of colorful nations and traditions is discovered within. And most importantly, I believe it is serving the purpose of getting the A Song Of Ice And Fire train back on the tracks. Books 6 and 7, I expect, will be much more tight and satisfying when all is said and done.