I collect music much differently than most people I know. I find a sound that means something to me and I follow it through. I still listen to NIN just as much as I did when I was in high school (although I probably etch the logo into desks less often). Instead of having DMX in the heavy rotation one year and listening to bluegrass the next (sorry Dan), I slowly but surely build up the soundtrack of my life. This is why it pains me so when bands go in unexpected directions with their music. While it can sometimes be an amazing surprise we all have to admit that many times these changes don’t work out for the best. Whether still good or not, these are 3 bands that will never be the same.

Filter – The first record was rough and original- part Nine Inch Nails and part garage band. Richard Patrick and Brian Liesegang proved to be a creative force that infused simplicity with a temper. Hard, powerful songs made up the brunt of the album and were complemented with a couple softer, driving masterpieces. Everything looked roses for the group’s future but it wasn’t meant to last. Patrick thought Liesegang was too experimental and kicked him out of the group. Filter would never be the same again. The subsequent albums have been more focused on live music and less filtered effects, essentially forsaking the roots that led to the original’s success. There are plenty of good tracks among the rest of Filter’s collection, to be sure, but none have managed to capture the bold ideals of Short Bus. 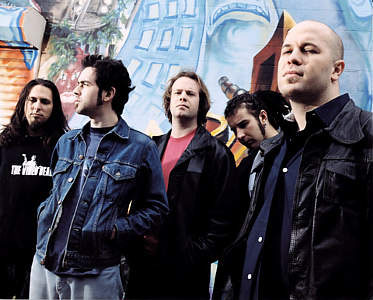 Finger Eleven – Never have I seen a higher percentage of great (not just good) songs on a band’s first two albums. Finger Eleven was pure rock that hit you out of nowhere and didn’t take a break until the last track was done. At a time in the industry that was short on talent and full of copycats, this band proved that you didn’t need a gimmick to make a strong sound. Unfortunately, they didn’t prove that they could be commercially successful without one. Their 3rd album debuted with a foreign sound that was a makeover of their previous identity. New voice effects, new guitar style- Finger Eleven crumbled under the pressure and joined the throng of one-hit wannabes. Inauspiciously, they gained some popularity with One Thing and never looked back. In truth, the slow ballads aren’t horrible and there is a lot to like about the heavier outings but it is hard not to be wistful about the days when this band was uncompromising.

Pearl Jam – Extremely outdated to the point of being an afterthought, this band makes the list purely because it is the king of bands that will never be the same. Ten was not merely a great debut album- it was a cultural movement. The explosive vocals and sloppy guitar ignited a new era of rock and a new generation of listeners. I identified with this music, man. I remember not going back to class because I was busy listening to my Animal cassette. Even Vitalogy was a strong showing, but there were chinks in the armor. Eddie Vedder was growing to hate his success more and more and began taking it out on the fans with crap like Hey Crazy Mophandle Mama. Unlike the two bands above, Pearl Jam’s decline happened slowly and painfully. Every album would have less worth than the one before it until the point where I could not bring myself to listen any longer. I seriously can’t even think of another band whose music I don’t buy anymore- it’s that drastic.

So next time you are drinking a cold one and feeling a bit sentimental make sure to pour out a bit for your dead homies. We can always remember their past.