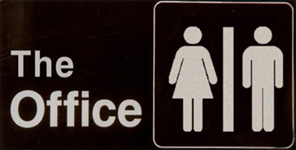 I used to enjoy watching this series a lot. I always felt like the American version of The Office copied all the right things from the UK program- the uncomfortable awkwardness when the boss tells a joke, the sideways glances at the camera, the pop culture references. All too often remakes don’t treat the original source material properly but this was a conversion that was done right, thanks in no small part to the lead role played by Steve Carell.

Over time the show did start to wear thin, however. The same jokes were retold a few times too much. The sitcom wasn’t immune to falling back to the usual relationship tropes and gimmicks, even adding new characters for a love interest after the previous ones got married.

And that leads to one of the biggest problems of the show- after years on the air, most of the characters are still nothing more than caricatures without personal affectations. Great, Jim and Pam are a kind of cute, dorky, bland couple. Dwight does stupid things sometimes that can be funny. Outside of that most of the other characters on the show aren’t all that fleshed out.

But worse still, the entire cast is just in place to riff off Michael Scott, the quirky boss. Pam is too nice to talk back to him. Jim constantly shrugs at the camera as if he were in on the joke with the audience. Dwight desperately seeks his approval. Andy awkwardly attempts to gain respectability. The key here is that all of these characterizations work as interactions with the boss. 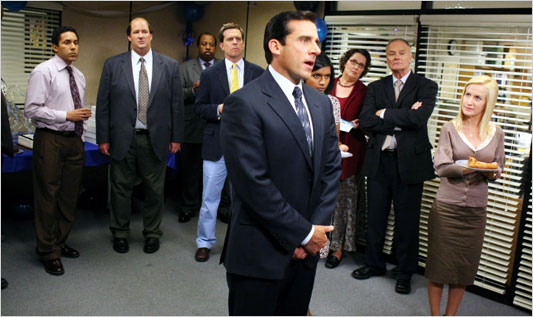 As soon as Steve Carell leaves the show and the supporting characters need to take center stage and stand on their own, the entire thing falls flat. Nothing Kevin does alone is funny. Oscar never had a purpose other than being the target of politically incorrect jokes and remarks made by Michael Scott. Even Jim and Dwight start to seem forgettable.

It’s an easy call to make. It doesn’t take a fortune teller. This one’s about as obvious as when Valerie left her 80s sitcom Valerie and the producers had to change the name to Valerie’s Family. I regret to say it but The Office has officially jumped the shark.