(This post inevitably contains spoilers about the last episode of Breaking Bad. For a recap of Seasons 1-4, go here.) 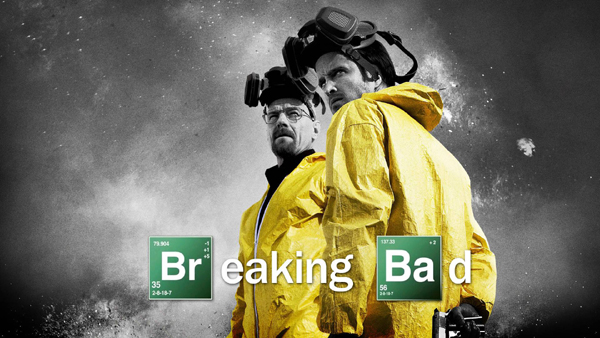 Is there a show on television that fakes you out more than Breaking Bad? The writers are so self aware, so smart. They know what the many possible outcomes are, what the audiences expects, and they make sure to juke one way and then go the other direction.

Just when you think Walt is the most evil motherfucker there is, he goes and does something genuinely benevolent. And then when you think he’s reformed and is a good guy, he turns it on you again and hits a new low.

The season finale of Breaking Bad hits all of the targets it needs to. The Skyler and Jesse storylines get sealed up. Yes, there are dangling questions, like what happens to Flynn or Marie? But these threads were never key to the series and can well be left to our imaginations. The finale trimmed the fat and cut to what we wanted to eat, and nothing more. 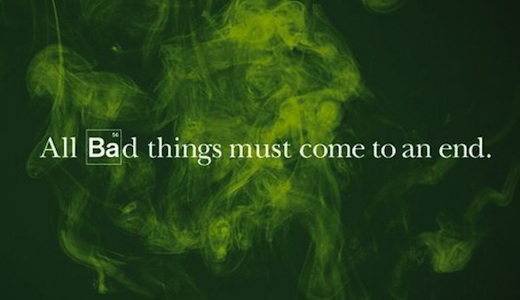 The final episode didn’t end as dark as I and some of my friends had expected. The mess Walt made gets wrapped up more nicely than deserved. But more importantly, everything feels complete and the final events, I think, will stand up to the test of time. The foreshadowing is well done, the build up isn’t forced, and the web of relationship issues is sorted out. While parts of the finale may not be overly shocking, it nevertheless chronicles a satisfying sequence of events.

Jesse is the moral compass of the series. He does bad things, for sure, but he’s the one telling Walt where the line is, and often ignored. Fans will mostly be rooting for him over the course of Season 5 so I’m honestly surprised that the finale lets him live, especially when he could’ve gotten away scot free, with millions of dollars, months before. But then, Jesse had a bit of first world problem guilt. He was upset by all the evil he’d been a part of and wanted to get caught and give up his blood money. After squandering his money and losing his freedom to the neo-nazis, this time, we know Jesse is getting out of dodge. It’s a release for him and the audience, who have been collectively holding their breaths the entire time. 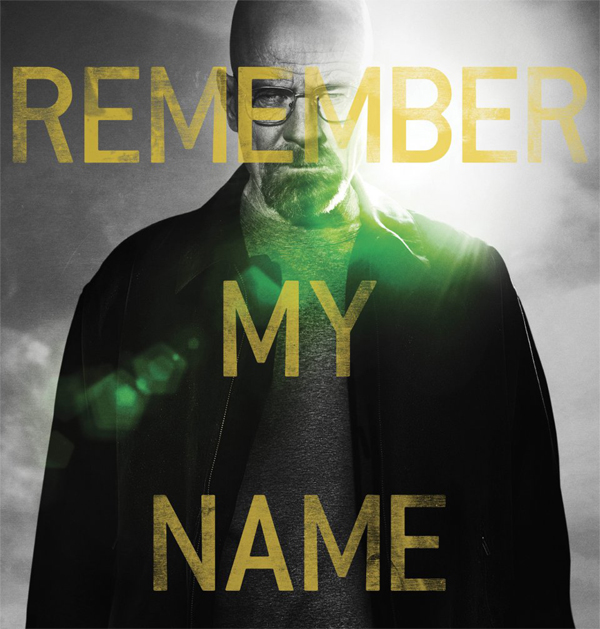 Breaking Bad is undoubtedly a series that incites passionate discussion. I remember arguing with a colleague a couple of years back. He affirmed that the reason Walt did everything was out of love for his family. I called Bullshit. That’s the Hollywood ending. That’s the "USA! USA!" chanting of American programming that’s been ingrained in our brains. That is the happy message that this show doesn’t pander to, that is the point of this series. The show is called Breaking Bad, after all. Yet my friend is a professional writer and still thought this. So I’m glad that the final episode makes this clear. Of course Walt loves his family, but he did this, all of this, for himself.

Despite everything that happens, all the tragedy up to the end, we still get treated to a Walt and Jesse buddy moment at the end. The series has always been at its best when these two were a team so it’s a great way to close things out.

Like Ozymandias, Walt’s reign is over, but Breaking Bad has entrenched itself into lasting permanence. 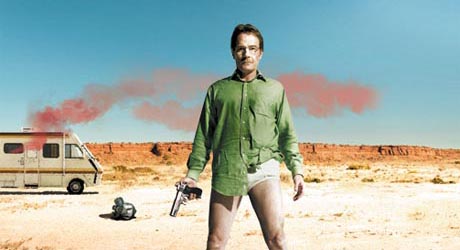 This show confuses me. It really does. On one hand you have some genuinely inspired dark humor and pathetic moments but on the other you can be stuck watching a gruelingly slow show with a plot that at times is a bit formulaic.

Bryan Cranston is great at his role. He straddles the line of caring about his family and finally feeling alive by saying ‘fuck it’ well. The side characters in the show are where the weaknesses lie. His drug dealer buddy Jesse starts out as just a foil for trouble and the back and forth banter between them is agonizing. Yelling at each other only stays interesting for so long. The wife suffers from the same problems. She’s sick of the lies and the constant berating wears thin. There are definitely some interesting moments between these characters but the status quo gets tired.

The second season is a low point of the series. With the writers seemingly not knowing exactly where to take things but having twice as many episodes, it is a recipe for disaster. Indeed, the finale lynchpin that is teased the entire season starting with the opening of the season premier is a complete letdown of a climax. The randomness and unimportance of the event completely tricks the audience and is simply lazy writing.

However, seasons 3 and 4 grow Breaking Bad into a must-watch series. Walt and his wife come to terms with their relationship in a couple different ways, Jesse (mostly) gets his shit together, and an interesting business arrangement propels the cast through a gripping 26 episode story arc that will leave you on the edge of your seat. It might be painful to sit through season 2 but what follows makes it easily worth it.

The final season is split up into 2 mini-seasons, ending next year, and I haven’t seen any of it yet. This is a series that lingers in your thoughts when you’re not watching and I find myself anxious that I can’t see the Breaking Bad finale for a while longer. Like the famous blue meth that is the subject of the show, I have to admit the hooks are in me and I’m now going through withdrawal.

But I’ll get my fix soon. I just hope the last 16 episodes can fly as close to the sun as the best moments before them.