Lots of factors can contribute to making a movie bad so in turn there are many different levels and types of ‘bad’. Public Enemies isn’t a horrible movie by most standards, even mine. The subject matter is compelling enough, Johnny Depp gives a good performance, true stories always pique interest, and Michael Mann is a great director. Where this film fails is in the Hollywood Treatment that is aggravatingly common in the industry.

Really, do you have to have a love story be the central motivation for John Dillinger’s last year of life? Because that’s what it was. The guy went crazy robbing banks for a year and hiding out until he was caught and killed. He wasn’t looking for one last score. And he certainly wasn’t madly in love with ‘Blackbird’. Try to sell me true love when the dude doesn’t ultimately get caught with a prostitute who was a regular of his. Maybe I might buy it then.

Not enough sensationalism for you? How about Hollywood’s need to find meaning in death? Watch any true story about somebody famous who died, and I mean any one you want, and the character in question will always have an introspective moment before they go. Dillinger’s bank heist friend in the movie had a heartfelt realization when he tells John that he doesn’t think he’s gonna make it much longer. Of course he dies in the shootout that follows. And Dillinger himself had a zen epiphany watching his last movie. Now, I knew John Dillinger was going to die but I hadn’t read up on the facts of his life and I didn’t know exactly how, and these moments of the film actually ruined the story for me. It telegraphed what was going to happen before it happened so badly that it made the experience less interesting.

How else can this story be romanticized? Let’s make John a stand-up guy who never lets his buddies down. And as a contrast let’s toss in Baby Face Nelson and make him a complete dick. Granted, it’s true that Nelson was more reckless. And it’s true that Dillinger had some imaginative moments – he actually did escape from a jail in a sheriff’s car and robbed at least one bank pretending they were scouting locations for a bank robbery scene in a movie. But still, both Nelson and Dillinger were ruthless cop killers.

Pretty Boy Floyd and Baby Face Nelson both actually outlived John Dillinger. What gets me though is how bad they did Baby Face. This was one tough guy in real life. The day he died he was chased by two officers and his car flipped. There was a gun fight and he was hit in the side. Instead of running, Nelson got out of cover and walked straight at the two officers, yelling at them and shooting. He was shot a bit more in the process but killed them both before getting in a car and leaving to die later. Why the movie chose to skip this is obvious – they didn’t want to outshine Dillinger- but doesn’t this type of thing endlessly piss you off when watching “true stories?” What if you watched a movie about Baby Face next and Dillinger was the douchebag? If true stories don’t at least presume credibility then why not instead make a work of fiction? The idea of poaching real people for literary license doesn’t sit right with me. 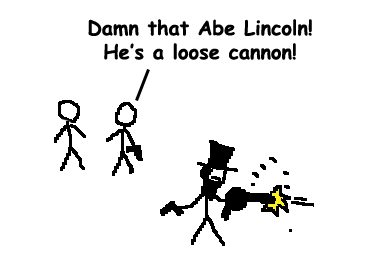 So in the end, the movie isn’t that bad. It’s a bit entertaining and has some good actors involved. But if you were hoping for greatness or that timeless quality, well folks, it’s not here. This is just another script that was passed back and forth through Hollywood too much until it was regurgitated as every other movie you’ve ever seen.