Raise your hand if you aren’t sick of People for the Ethical Treatment of Animals. On the surface this organization has noble goals but damn if they don’t find a way to piss absolutely everybody off. You know you’re doing something wrong when a slew of animal lovers hate you and you’re fucking PETA.

So the latest marketing campaign wants to rebrand ‘fish’ as ‘sea kittens’ in an effort to get people to stop eating them. If little kids associate fish with their cute pets then maybe they won’t have the stomach for them anymore. 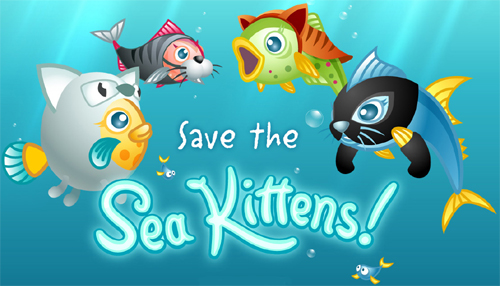 There are many problems with this ad campaign. First off, people actually keep fish as pets and that hasn’t tugged the necessary sentimental strings. Second, how screwed is the animal you are trying to defend when the only way you could improve its cute image is to associate it with another animal? Is it just me or is that proof alone that fish don’t deserve to be saved? I’ll make you a deal, PETA: If my fish is wearing a cute little kitty costume then I won’t eat it.

My last issue with the whole ‘sea kitten’ logic is that people don’t choose what to eat or not depending on an animal’s nickname. Plenty of people eat catfish. I like to eat beef but you don’t see me chowing down on manatees because they are called ‘sea cows’. Wait a minute- maybe I’m on to something here…. 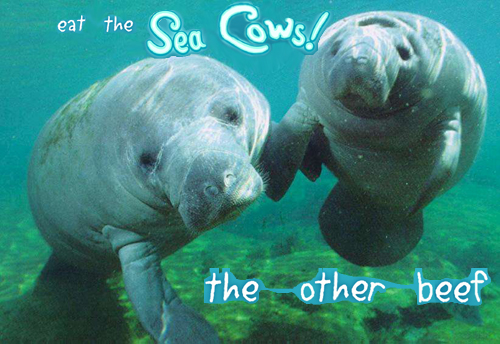 I could make millions.