A friend of mine told me he doesn’t read blogs unless they have something to do with food. A drink is kinda like food, and marketing of drinks is kinda like drinks, so this should cover it.

Marketing is a powerful tool. At its core it is simply selling something. Even when you have a good product you need to worry about budget, theming, and reaching your audience. When you have a bad product things get more complicated and marketing may start to become deceptive. How often have we seen movies that looked good in the previews but failed to generate any pleasure to watch? Sometimes trailers only show the good parts (like all the funny jokes in a comedy) and sometimes they are misleading (like using fast cuts and heavy music to mask the fact that the film is in a foreign language). 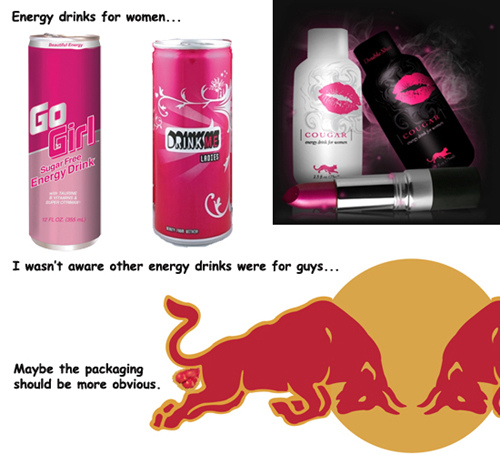 Granted, some of this falls into niche marketing. But does that make it less ridiculous? These are real products that are pumping through assembly lines somewhere. At least they were, when the companies were still in business. More in the what were they thinking category? 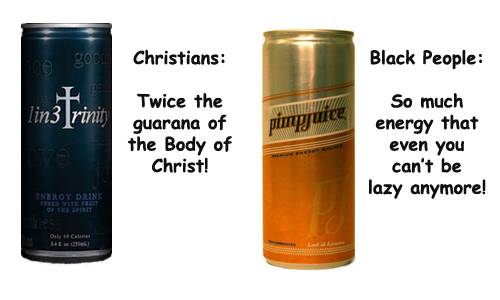 Vitamin water is the guilty party in this case. Marketing tells you to drink it because it’s as good for you as water, sometimes even with vitamins added. Sure, there’s some added flavor, but that’s not a big deal. Look, it’s pure! It’s water! The company is named Glacéau – that’s fancy, pretentious, and owned by Coca Cola all at the same time!

Thing is, it’s actually not a bad drink. I honestly enjoy drinking some vitamin waters. But there’s nothing new about the product. Kool-aid is flavored water. Tang has vitamins in it. Giving me a juice drink with the word water on it is fallacious. A new empty product was just invented. 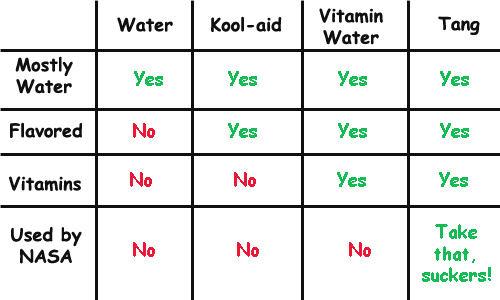 To be fair, some Kool-aid does have vitamins. And some changes color too! But man, doesn’t it make you miss the days when marketing just consisted of putting eyes and a smiley face on the product you were trying to sell? Unfortunately, kids, I fear Kool-aid man is on the lam these days. 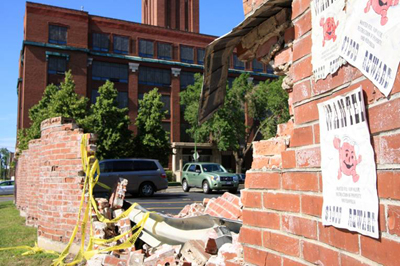