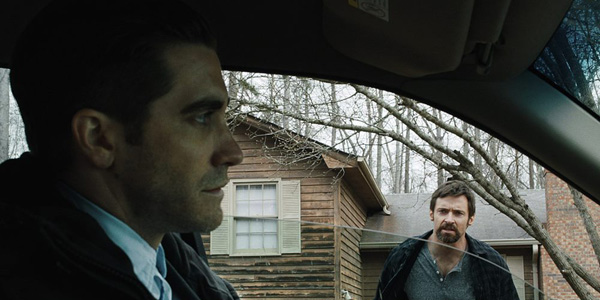 The story of Prisoners is fairly standard thriller fare- not the most original plotting as far as the twists and certainly not a unique conflict (kidnapped children). I did guess very key elements of the story fairly early. While this can usually ruin a movie, Prisoners has enough other questions running through your head to keep you guessing and entertained. While there are some unlikely coincidences to lend to more dramatic surprises, the situations don’t stress believability too much. There are some moments that you can’t think about too closely, perhaps, but I would say that the plot works for this movie overall. The big picture is that Prisoners is well paced.

The main story hook, that which the Prisoners title comes from, is compelling enough to make the audience squirm. But really, the film shines in execution. The pacing keeps your attention throughout the entire two and a half hours. The acting is mostly good but I would say that the ambiance and mood are even better. The cinematography and emotion in some of the scenes, like the police car speeding in the rain, are expertly handled.

Speaking of craft: everything, from the setting to the music to the characters, is handled with enough attention to merit praise. I usually don’t get too specific as far as mentioning actors but I did think Jake Gyllenhall played his detective role superbly. We saw everything from his professional callousness to his emotional fatigue all play out in his character arc. The acting and the atmosphere work together to create artistic depth lacking from a lot of films today.

Prisoners looks like a normal thriller but, somehow, the sum of its parts are greater than the whole. It’s easy not to notice it but a shame if you don’t. I came out of it feeling like it was one of the best viewing experiences I’ve had all year. Granted, the film isn’t groundbreaking or historically notable but it definitely sits atop its genre. If you like a good kidnapping nail-biter then this one’s for you.